Litecoin prices today fell 4.5%, and volatility pounded the broader cryptocurrency market. All of the top cryptocurrencies in the global sector lost more than 4% on what appears to be a broad market sell-off.

Some investors are taking gains off the table, as Litecoin prices have climbed more than 22% since Sept. 25, 2017. 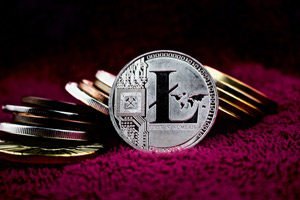 But there are also two major stories that likely rattled investors a bit.

The first story is the head of Brazil's Central Bank compared Bitcoin to a pyramid scheme. In a report from RTTNews, Central Bank President Ilan Goldfajn dismissed the recent surge of Bitcoin's price.

Arguing that investors must separate Bitcoin from the underlying blockchain technology, he warned buyers about chasing unrealistic returns on their money.

"The Bitcoin is a financial asset with no ballast that people buy because they believe it will appreciate. That is a typical bubble or pyramid [scheme]," he said.

The second story is a senior deputy Canadian governor at the nation's central bank said that cryptocurrencies will not replace cash in the future.

Carolyn Watkins spoke at an Institute of International Finance meeting in Washington, D.C. The Bank of Canada official suggested that Bitcoin does not have a real medium of exchange and story of value.

Watkins argued that Bitcoin cannot dominate the international financial markets without relying on an electric grid to operate.

Below is a recap of the top cryptocurrency prices at 2:30 p.m. EDT

On Wednesday, the total market capitalization of the global cryptocurrency sector fell to $163 billion.

The Ethereum price was back down around that frustrating $300.00 level. The total market capitalization stood at $28.8 billion after the more than 5% decline.

Markets are still digesting the company's first major step in the Metropolis upgrade. Last weekend, the company engaged in the Byzantium hard fork.

But despite the uncertainty around the hard fork, there was a positive sign for the Ethereum blockchain.

Sberbank, the largest bank in Russia, has signed up to build enterprise technology on the Ethereum blockchain. The bank released a statement indicating that it saw its membership as a valuable way to capitalize on the global finance markets.

The Ripple price fell by double digits as traders shrugged at the company's SWELL Conference in Toronto.

Prior to the event, markets had priced in some sort of announcement that traders believed would push the price past $0.30.

However, all that happened during the event was a somewhat positive endorsement for cryptocurrencies by former U.S. Federal Reserve Chair Ben Bernanke.

The purpose of the event was to draw attention to its distributed ledger technology and argue that it could one day replace Swift. Traders weren't overly impressed, and the price retreated from its seven-week high.

While China and other nations have cracked down on initial coin offerings, a key regulator of the United States chimed in with a somewhat mixed take.

The U.S. Commodity Futures Trading Commission (CFTC) has said it may classify tokens issued through ICOs as "commodities." This is a similar stance to what the SEC has taken on cryptocurrencies.

That said, markets were a bit concerned about the CFTC's warning about the risks associated with ICOs. "Conduct extensive research before giving any money or personal information to a virtual currency platform," the CFTC said in a statement.