Pot stocks have delivered double- and triple-digit returns to investors this year. Amfil Technologies Inc. (OTCMKTS: AMFE), for instance, is up a whopping 1,500% so far in 2017.

But there's still risk involved in this industry, as you'll see when we detail this latest marijuana penny stock scandal. We'll also show you two tips for avoiding similar scams in the future.

If You Own This Marijuana Penny Stock, Your Money Could Be in Jeopardy

The investigation involves CV Sciences Inc. (OTCMKTS: CVSI) – which also goes by the name CannaVest. It's a Las Vegas-based marijuana company that was charged with fraud back in June. The charge stemmed from CannaVest's CEO, Michael Mona, Jr., allegedly falsifying financial documents back in 2013. 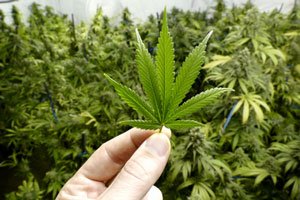 CV Sciences is also down another 11.1% since June 16 – the date the SEC alleged Mona overstated one of the company's acquisitions in the first half of 2013. This led the company's investors and the SEC to believe the firm had more cash reserved for acquisitions than it actually did.

The company specifically reported that it acquired PhytoSPHERE Systems – a hemp oil producer – for $35 million. But in the Q3 2013 filing, CannaVest reported a much lower acquisition value of $8 million. This sharp difference caught the SEC's attention, and the agency said the discrepancy was grounds for fraud. The SEC formally charged CV Sciences on June 16.

If Mona and his company are found guilty, the SEC could suspend trading on CVSI stock. And if that happens, it's possible that CVSI investors could endure worse than just the 11% loss they've already seen since June 16. They could end up losing all of their initial investment due to the firm's possibly intentional recording error.

While these kinds of marijuana penny stock scandals can convince you to stay away from the marijuana sector, investors who avoid it can miss out on profits. That's why we want to show you how to easily determine if a cannabis stock is a safe investment.

We at Money Morning want to make sure you can safely make money from the marijuana industry. With that in mind, here are two important ways to find safe marijuana stocks to buy…

Protect Yourself from Marijuana Stock Fraud with These 2 Tips

Having read this I believed it was very informative. I appreciate
you finding the time and effort to put this short article together.
I once again find myself personally spending a
significant amount of time both reading and leaving comments.

But so what, it was still worth it!