On Monday, the Bitcoin Cash price dropped 7.02% after Saudi Prince Al-Waleed bin Talal warned global markets on the stability of Bitcoin and compared its future to that of Enron.

During an interview with CNBC, Al-Waleed criticized the lack of central oversight of Bitcoin. He noted its lack of regulation and control by central banks as reasons for his skepticism.

Below is a recap of the top cryptocurrency prices at 3:00 p.m. EDT 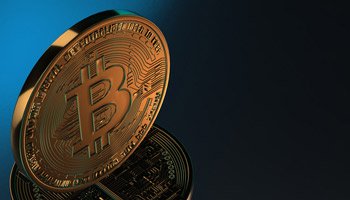 Now that we know all of today's movements, here's what has been moving these cryptocurrency prices today...

The Bitcoin market capitalization topped $100 billion over the weekend as the price per coin surged above $6,000. At that level, the cryptocurrency was worth more than investment banks Goldman Sachs Group Inc. (NYSE: GS) and Morgan Stanley (NYSE: MS). It also surpassed a year-to-date return of more than 500%.

Despite today's downturn, the price of Bitcoin is at eye-popping levels in nations suffering from significant problems with inflation. In Zimbabwe, the price of Bitcoin hit $9,500 on local exchanges due to increased scarcity of the U.S. dollar. Meanwhile, more than 100,000 people in Venezuela are turning to Bitcoin mining as a way to address their worthless fiat currency. Bitcoin is seen as a valuable hedge despite a recent crackdown by the government.

Meanwhile, Bittrex, the world's third-largest cryptocurrency exchange, announced it will not list Bitcoin Gold when Bitcoin engages in another hard fork in November. The exchange released a statement on Sunday saying it based its decision in Bitcoin Gold's "lack of code testing, auditing, and replay protection."

"At this time, the information and codebase presented by the Bitcoin Gold team is not in a functional state and Bittrex will not commit to opening a Bitcoin Gold trading market," the statement read. "When considering adding tokens to Bittrex exchange we look at the risks involved. Bitcoin Gold does not satisfy our criteria for safety for our users."

Trending: This Stock Could Skyrocket Thanks to the Bitcoin Gold

The Ethereum price dropped to its lowest level since Sept. 23 as its hard fork-fueled decline continued. Ethereum has been unable to rally from bearish news tied to global regulators clamping down on initial coin offerings (ICO). China took early steps to ban ICO funding in early September.

Ethereum has struggled since developers took the first step last weekend in its long-anticipated Byzantium hard fork. Optimism over the upgrades have failed to drown out the ongoing worries about international regulators and broader concerns about cryptocurrencies.

The Ripple price fell again Monday thanks to a broader altcoin sell-off.

Ripple has been moving downward since it kicked off its inaugural SWELL conference last week. The price of Ripple had rallied as high as $0.30 in the days preceding the conference. Investors had anticipated that the company behind the altcoin would make a major announcement during the event.

However, the event concluded with little more than a half-baked endorsement of cryptocurrencies by former U.S. Federal Reserve Chair Ben Bernanke.

AMEX May Turn to Blockchain

Your credit card company might be turning to blockchain technology.

Recent patent applications reveal that American Express Co. (NYSE: AXP) is considering blockchain to help manage its customer rewards system. CoinDesk reported the company would make offers to customers based on personalized data like their spending patterns or taste in products.

Editor's Note: Get constant updates on Bitcoin, Ethereum, and other cryptocurrencies delivered directly to your inbox with our Profit Alerts service. Go here to sign up now...

May we throweth these bankers and kings to the dungeon as we art sick and not restful of their table scraps…. what santimonious rulers those gents art… (dot crash 2000, mortgage crash 2008, now repackaging subprime corporate bonds, QE and now QT, and so on…)

The very livelihood of the sceptics are at best threatened. These middlemen who have been making fortunes will soon be replaced by technology! Blochchain and its many uses. If it were factory workers, coal miners, garbagemen, Taxi drivers it is no big deal. Now that the big money jobs are at risk the stakes are much higher. They will employ a great deal of political influence to try and stop this technology. Unfortunately for them it would require shutting down the internet. I would love to ask them how they feel to see their way of making a living being outsourced by technology and automation? Not a pleasant experience or reality at all.
Time to just be retrained as they are telling the rest of those who lost their means of supporting themselves and loved ones for the greedy few. Too bad, so sad.