Here are five drone stocks to watch in 2018, including stocks with gains as high as 67% on the year so far. But that's just the beginning. The drone industry is creating $127 billion in new wealth for early investors, and we'll show you how you can be a part of that, too... 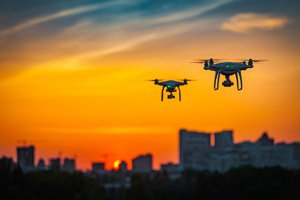 But first, here's a quick background for each of the drone stocks we mentioned above...

While the company doesn't make their own drones, they do offer features that all drone users - especially the military - need. The company offers advanced features for drone users like live video streaming, which helps the military and defense contractors survey hostile areas in real time without risking lives.

And that's saying a lot, considering his distinguished career...