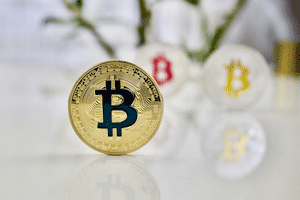 Bitcoin turned nine years old today, and it's been a wild ride since developers released the original whitepaper outlining the vision for a peer-to-peer version of electronic cash.

And there could be a higher run in the future...

Investor Max Keiser has argued that Bitcoin will hit $10,000 in the near future. Today, the price hit an all-time record after the CME Group announced it will introduce derivative instruments based on the price of Bitcoin.

The announcement is the latest sign that mainstream investors are turning to Bitcoin as a legitimate asset. Markets also continue to speculate that China may lift its ban on Bitcoin trading in the future.

Below is a recap of the top cryptocurrency prices at 2:00 p.m. EDT

The Bitcoin market capitalization topped $106 billion on Tuesday after CME Group announced its plans to offer derivatives based on the underlying price of Bitcoin.

Elsewhere, CNBC reports that one of the world's top money managers has gone in aggressively on Bitcoin. Former Legg Mason money manager Bill Miller's hedge fund has roughly 30% of its value in the cryptocurrency.

Miller's MVP 1 hedge fund is up 72.5% on the year thanks to his savvy purchases of the cryptocurrency. Miller purchased Bitcoin at an average price of $350. Despite the confidence he has in Bitcoin, Miller said that he will not purchase any more Bitcoin in his fund at current prices.

He did say, however, that he was willing to put 1% of his liquid net worth into the cryptocurrency.

Ethereum Continues to Trade Above $300

The Ethereum price ticked higher and held above $307 as traders continue to look for positive signs from the cryptocurrency's recent Byzantium upgrade.

Despite the fact that Ethereum has been holding in a range, traders are lucky that it has remained above the $300 level.

While Bitcoin is trading at an all-time high, there's a lesser known cryptocurrency that is generating a lot of buzz Tuesday.

It's called Vertcoin, and it hit an all-time high of $5.55. In the last week, the coin has increased by nearly 70% in value. It is up more than 430% since the beginning of October.

The reason is likely tied to the news that miners will receive a smaller award in the future, meaning that the supply of new Vertcoins will reduce as well.

That expected decline in supply is pushing the value higher.

The State Bank of Vietnam has announced that it will no longer allow payments to be made in Bitcoin, starting at the end of the year.

In a statement, the central bank said the "issuance, supply, use of Bitcoin and other similar virtual currency as a means of payment is prohibited."