Congress would rather spend your money on partisan infighting and political scandals than on solving the problems of the nation.

In fact, the Congressional investigations are so expensive that some legislators are gearing up to fight the Trump-Russia probe, claiming that DOJ special counsel prosecutor Robert Mueller's inquiry is too sprawling and casting too costly a net. 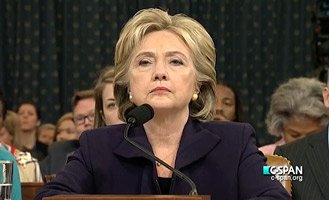 For example, U.S. Rep. Ron DeSantis (R-FL) attempted to introduce an amendment in the House this past August that stated no funds from the spending package "may be used to fund activities pursuant to [the special counsel probe] later than 180 days after the date of the enactment of this Act," FOX News reported on Aug. 28.

Had that amendment passed, it would have all but ended Mueller's investigation this November by cutting off his funds just six months after its official start date on May 17.

DeSantis' revision was ultimately nixed, meaning that the investigation will continue in earnest, soaking up legislators' time and taxpayers' money.

The Government Has Spent Millions on Political Scandals for Decades

Altogether, there have been 21 completed independent counsel and special counsel federal investigations since the beginning of former President Ronald Reagan's time in office.

Specifically, Reagan himself was directly involved with eight of these controversies, the most famous of which was the Iran-Contra controversy.

In 1987, federal investigators found that, two years prior, in August 1985, senior administration officials under Reagan secretly facilitated the sale of arms to Iran.

At the time, Tehran was the subject of an arms embargo. The Reagan officials hoped, however, that by selling arms to Iran – which they did – they could secure the release of American military hostages being held by Hezbollah in Lebanon. Over the span of 10 years, seven hostages were released; eight hostages, however, did not survive.

What's more, the United States also diverted a portion of the proceeds from the Iran-Contra deal to fund anti-Sandinista, or Contras, in Nicaragua.

By 1991, the federal investigation into the Reagan administration's dealings had gone through two grand juries, two criminal courts, and was the basis of two appeals cases before hitting the U.S. Supreme Court… twice.  On Nov. 24, 1991, The Baltimore Sun wrote: "By almost any measure, there has never been a criminal probe to equal this one in time or in cost – approaching $28 million at last count and still going up at something like $400,000 a month."

The Iran-Contra investigation wrapped up soon after that editorial ran – and cost $30 million in all. Reagan received a small portion of that sum as back pay – $562,000, to be precise – to cover the legal expenses he'd incurred.

Former President Bill Clinton and his wife Hillary were often the subject of scandals during the one-time governor of Arkansas' eight-year term as POTUS.

Six of the aforementioned total 21 federal investigations included the Clintons during his presidency.

The Whitewater probe – one of the more infamous scandals – was a federal investigation into financial contributions made by Bill and Hillary Clinton during the former's late-70s tenure as an Arkansas state official.

The federal probe, however, didn't involve Clinton until he was in the White House in 1992. Allegations purported that the Clintons had benefitted financially from a failed real estate venture they'd entered into alongside James B. and Susan McDougal in 1978, named the Whitewater Development Corp.

James B. later built a small savings and loan project and named it Madison Guaranty. After Madison Guaranty collapsed in 1989, James McDougal faced federal charges related to Madison's mismanagement and illicit fiscal practices, but he was later acquitted.

The DOJ received intel, however, regarding the Clintons possibly profiting from McDougal's illicit practices in 1992. A five-year-long federal inquiry ensued. In the end, no charges were brought against the Clintons.

The investigation cost $39.2 million, according to the GAO. Independent Congressional special committees had likewise coughed up $25 million, bringing the total to over $64 million.

The Monica Lewinsky investigation was notably shorter than the Whitewater probe from which it originally sprang, at just six months. Once again, Starr was special counsel on this case, which eventually resulted in President Clinton's admission of his affair with Lewinsky.

During his half-year federal inquiry, Starr spent $7.2 million. Included in that sum was the Senate impeachment trial, reported The Washington Post on April 1, 1999. The prosecutor likewise refused to reveal specific budget costs to the public and stated only that he'd utilized "approximately 57 employees on the payroll, including 27 attorneys," WaPo likewise reported. Starr also said the average attorney salary was $95,838.

In addition to Starr's Clinton inquiries, four other independent counsels had conducted investigations into the Clinton administration between 1992 and 1999. The combined costs of all these inquires – including Starr's – came to $69.4 million, reported The Washington Post.

But this doesn't even represent the full cost incurred by the Clintons' political scandals.

The Benghazi controversy focused on a 2012 terrorist attack in Libya that resulted in the death of four Americans. Hillary Clinton was secretary of state at the time of the attack.

In December 2012, a bipartisan report by the Senate Committee on Homeland Security and Governmental Affairs found that the State Department had not responded to the dire security needs of the Americans in Libya in a timely manner and that administration officials were "inconsistent" in publicly saying the attack was the result of a terrorist. In February 2013, Clinton stepped down as secretary of state.

Between 2012 and 2015, eight separate committees – six in the House and two in the Senate – investigated the attack. The State Department's non-partisan Accountability Review Board also investigated the Benghazi attacks. It was during this time that the State Department spent $14 million on answering requests from Congressional legislators related to all of these investigations, The New York Times reported on June 29, 2016. The House Select Committee on Benghazi, led by Rep. Trey Gowdy (R-SC), spent $6.5 million in all, NYT also reported.

$20 million later, the various boards and committees found no evidence that willful wrongdoing had been carried out by any former member of the U.S. State Department.

In all, just two of the 21 federal probe cases dating back to Reagan's first term ended with the successful prosecution of a federal official:

The probes' total price tag over the years (adjusted for inflation): $339 million.