Bitcoin prices in Zimbabwe climbed over $10,000 on the trading platform Golix this week thanks a currency crisis in the southern African nation. Back in 2008, the Zimbabwean dollar was replaced with U.S. currency to address hyperinflation. 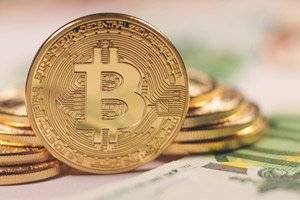 However, the nation now faces a shortage of U.S. dollars, and banks are limiting withdrawals, according to CNN.

Below is a recap of the top cryptocurrency prices at 2:35 p.m. EDT

In recent days, more Wall Street analysts have projected that prices will continue to surge to $10,000, with a six-digit price coming in the next decade.

On Tuesday, the CME Group announced plans to list Bitcoin futures contracts before 2018. The decision is expected to lure more institutional investors and speculators into the cryptocurrency markets.

CME Group is confident that since Bitcoin has been ruled a commodity by regulators, derivative contracts will be approved by the U.S. Securities and Exchange Commission.

Despite the news, not everyone is enthusiastic about the idea...

Some have argued that Wall Street's "innovation" is creating a potentially toxic product that fails to understand the true value of the underlying commodity. Some have compared this development to past innovations during the mortgage bubble that fueled the 2008 crisis.

The Ethereum price was back in familiar, frustrating territory Wednesday.

Ethereum was trading below $300 as investors attempted to find good news for the second-largest cryptocurrency.

This week, traders will be looking for optimism at the Devcon3 Ethereum Foundation Developers Conference. It has been a lackluster few weeks of trading for Ethereum, particularly in the wake of the Byzantium upgrade.

Bitcoin Cash has been breaking out since the lukewarm hard fork that created rival Bitcoin Gold.

The BCH coin is now the third-largest cryptocurrency by market capitalization. Traders have grown more bullish on news that a hard fork for BCH will upgrade the network and reduce volatility.

Markets do not expect that BCH will break up into multiple blockchains, a concern that had hindered expectations for its value in the future.

Is the world's largest e-commerce company on the verge of launching its own cryptocurrency or blockchain project?

This subsidiary has been tied to several patent filings and web domain registrations in the past.

Must Watch: Bitcoin Is a Lot More Than Just Quadruple-Digit Profits