It can be difficult to separate the human tragedy and property damage caused by natural disasters from the investment opportunities they provide. But after natural disasters like hurricanes and superstorms, the rebuilding effort is massive. And the demand for these rebuilding companies is never higher. 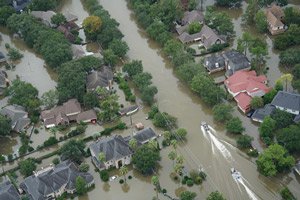 That's why we're bringing readers the three best stocks to buy based on these rebuilding efforts...

The devastating hurricane season we've just had left millions of people in need of repair and even rebuilding.

The trifecta of Hurricanes Harvey, Irma, and Maria caused $360 billion in damages to buildings, homes, roadways, and infrastructure, not to mention creating shortages of gasoline, electricity, water, and food.

Restoration efforts of the affected areas are already underway in Texas, Louisiana, and Florida, with Puerto Rico soon to follow.

The smart money is moving right now - before all the contracts pile up.

Companies that furnish equipment, materials, and services for this colossal reconstruction effort will see a strong boost to their businesses. Here are the three that are in the best positions to profit - and one of them could be good for a 45% gain!

The first company sitting in the sweet spot of the reconstruction effort is U.S. Concrete Inc. (Nasdaq: USCR), which produces and sells ready-mixed concrete, aggregates, and related products and services for the construction industry in the United States.

Its stock already reflects some of its increased demand. Its P/E ratio based on current-year earnings estimates is 19.8, which is much lower than its trailing P/E ratio (covering the pre-hurricane period) of 42.8. That means analysts already see greater earnings to be booked this year. And if we look at next year's estimates, the P/E ratio drops to 15.8.

The only way to get that low P/E is for next year's profits to expand, which analysts expect. Quarterly revenue is growing at a healthy 23.6%.

The company has other major projects in its resume, including a NYC-area bridge, Yankee Stadium, and more. With the company's head office in the Dallas area, its location should be a key advantage in securing a good portion of the Lone Star State's rebuilding cement and aggregate contracts.

Indeed, Money Morning Resource Specialist Peter Krauth thinks USCR will be up by 40% over the next 12 months. It should be mentioned that USCR did drop 3% today in early trading following U.S. President Donald Trump's budget plan announcement, but that is likely a short-term blip.

Rebuilding will also require a lot of steel, and Krauth expects United States Steel Corp. (NYSE: X) to get a good portion of this business. Steel is used in almost all construction projects whether they are bridges or buildings. And some estimates of the number of automobiles on dealership lots alone needing replacement range from 150,000 to 200,000.

Thanks to damaged autos, the demand for rental cars in the South Texas area was so great that rental car giant Hertz Global Holdings Inc. (NYSE: HRI) had a waiting list for its customers.

Finally, as an American producer, it should enjoy favorable treatment thanks to the current administration's "America First" initiative.

The best part is that Krauth sees the potential for a 45% gain in the next year.

And this last stock that Krauth recommends not only has huge profit potential, it also offers a higher-than-3% dividend yield...