Now that a Lyft IPO could happen as early as 2018, the ride-sharing company is making waves with a crucial new hire.

Lyft has hired Katie Dill as its new VP of Design, taking her away from a key spot with online hospitality service Airbnb, according to an Oct. 23 TechCrunch report. 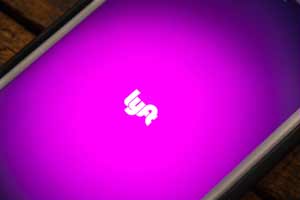 Lyft appears to be ramping up its efforts ahead of an IPO as it announces new hires and major deals.

In July 2014, Airbnb unveiled its rebranding campaign that included a new logo and website.

One of the key members of that brand identity team was Dill, the director of experience.

Lyft was so impressed that they hired her on Oct. 23, where she will oversee the company's design activity as it relates to products and user experience.

Dill believes her Airbnb experience will translate well to her role at Lyft because she views both as hospitality companies, according to the Oct. 23 TechCrunch report.

Since Uber is Lyft's biggest competitor, highlighting such a large gain is a way to attract more investors.

It might have already worked, as Alphabet Inc. (Nasdaq: GOOGL) led a $1 billion funding round for Lyft through its investment arm, CapitalG, on Oct. 19.

But just because Lyft is increasing its ride totals and receiving investments from Google doesn't mean it's a good investment for you.

Should I Buy Lyft Stock?