While the Q4 Apple earnings rightly wowed Wall Street last Thursday, the focus on the numbers missed a much bigger piece of news.

For years, financial pundits have pointed to Apple's reliance on the iPhone as a potential problem. 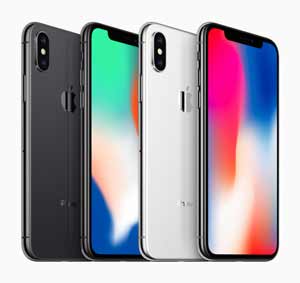 The iPhone X is more than just "this year's model"

The basic idea is that the tech giant has milked just about all the growth it can out of the iPhone. For any hope of significant earnings growth, Apple must have a "Next Big Thing," like the iPod in 2001, or the iPhone in 2007.

Over the past few years, analysts periodically declare a rumored Apple project as the Next Big Thing. Remember the imminent Apple-branded television? Or, more recently, the Apple-branded self-driving car?

Apple's interest in either of these areas is unlikely to evolve into a major profit generator.

But Cook spoke again and again about a project that has the potential to push the Apple stock price up more than 40%, but it slipped right past the analysts.

That's because Cook was referring to... the iPhone.

That may seem ridiculous, but the iPhone X is a far more dramatic step forward than most realize. Here's what I mean...

Apple's iPhone X Is Not Just Another iPhone

Despite being an iPhone, the iPhone X is actually the first version of a new Apple platform. This won't be obvious for several years, until we've seen the next couple of versions. But Cook made this plain in his remarks last week.

You see, the new technologies Apple has added to the iPhone X aren't just empty bells and whistles. They're the foundation of Apple's vision for the future.

"The iPhone X is packed with innovative new technologies that chart our path for the next decade, technologies like the TrueDepth camera system, Super Retina Display, and A11 Bionic chip with neural engine, which has been in development for years with a focus on deep machine learning," Cook said. 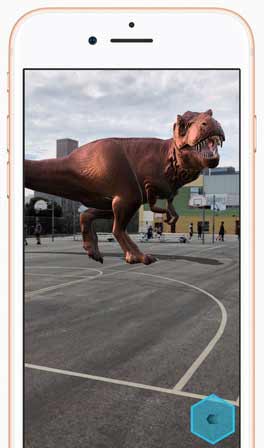 An example of augmented reality on an iPhone

Let's look at what these mean for iPhone users.

What Apple calls its "TrueDepth" camera system is the sophisticated interplay of an infrared camera, multiple sensors, and the powerful A11 Bionic processor. It's what makes Face ID - the tech that unlocks your phone by scanning your face - possible.

That may seem like a gee-whiz gimmick, but Face ID is just one application of this potent technology combo. These capabilities make the iPhone X a full-throated augmented reality (AR) platform, an area still in its infancy but with vast potential.

AR integrates a real-world view with digital images on your screen. One simple example of this was last year's Pokémon Go craze. Still, Pokémon Go earned $950 million in 2016 alone.

But AR's uses extend far beyond games. Imagine the benefits of this technology in the workplace, for such things as maintenance and repair, or in medicine. AR will have an impact on areas as diverse as education, shopping, the military, and advertising. It will be a transformative technology.

And just as Apple did with the original App Store, it's inviting third-party developers to tap into the hardware features it's created. It's all part of Apple's master plan...

"AR Is Going to Change the Way We Use Technology Forever"

In the conference call, Cook said iOS is now "the world's largest platform for augmented reality. There are already over 1,000 apps with powerful AR features in our App Store today, with developers creating amazing new experiences in virtually every category of apps aimed at consumers, students, and business users alike. Put simply, we believe AR is going to change the way we use technology forever."

Apple's in-house-designed A11 chip plays a major role in making these AR features possible, but it has several more tricks up its sleeve.

For one thing, it enables an array of Artificial Intelligence (AI) features, such as identifying who and what is in a photo. And it will improve Siri's ability to understand and respond to queries (something Apple's voice assistant desperately needs).

Advanced AI will also give the iPhone the ability to make sense of large piles of data, which has applications in fields like healthcare and finance.

This, too, is a centerpiece of Apple's long-term strategy, according to Apple COO Jeff Williams.

"I think we're at an inflection point, with on-device computing, coupled with the potential of AI, to really change the world," Williams said at Taiwan Semiconductor Manufacturing Co.'s 30th anniversary celebration Oct. 23.

"We think that the frameworks that we've got, the 'neural engines' we've put in the phone, in the watch ... we do view that as a huge piece of the future, we believe these frameworks will allow developers to create apps that will do more and more in this space, so we think the phone is a major platform," Williams said.

What this means in terms of Apple stock is that most analysts are underestimating the impact of the iPhone X on the company's bottom line over the next few years.

Here's why I think AAPL stock could rise more than 40% over the next three years...