The price of Bitcoin snapped back from multiday lows to top $7,750 after SegWit2x suspended plans for an upcoming fork.

Mike Belshe, CEO and co-founder of Bitcoin wallet software provider BitGo, announced the cancellation in an email released earlier today. He said it was called off because of a lack of consensus. 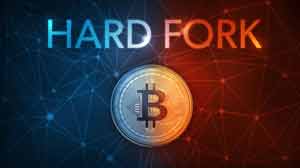 "Continuing on the current path could divide the community and be a setback to Bitcoin's growth. This was never the goal of Segwit2x," Belshe wrote.

And it wasn't just Bitcoin that rallied today...

The remarkable run of cryptocurrencies continued as the global market capitalization remained above $209 billion. Prices have soared across the board since the market began a recovery in the wake of China's ICO ban and halt to local cryptocurrency exchanges.

This rally has been referred to by Joseph Lubin, Ethereum co-founder and CEO of blockchain firm ConsenSys, as a "good kind of bubble."

Lubin stated that this price rally has been fueled by the ability of investors to recognize the "value and vision" of the underlying blockchain technology.

Below is a recap of the top cryptocurrency prices at 12:30 p.m. EST

Ethereum co-founder Vitalik Buterin generated headlines today by offering an interview to Bloomberg to discuss the future of his firm's cryptocurrency.

Buterin is questioning whether Ethereum should be scarcer, and he is considering the implementation of new fees for firms that build atop the Ethereum network.

These fees would be designed to burn existing coins instead of relying on a hard cap.

The price of Litecoin is showing some life again after a multi-week period of lackluster movements and limited news around the cryptocurrency.

The price nearly hit $64.00 yesterday before a slight pullback. The uptick in prices has come shortly after the South Korean exchange, Coinone, added LTC to its platform.

Volumes across South Korean exchanges have significantly increased over the last 24 hours.

Blockchain Investments Are On Fire

As Ethereum co-founder Joseph Lubin said this week, investors are lining up to tap into the massive technological shift fueled by blockchain.

Deloitte reported this week that 26,000 new projects related to the blockchain began in 2016 alone.

Up Next: The Real Reason Jamie Dimon Hates Bitcoin

How do u invest in Bitcoin etc?