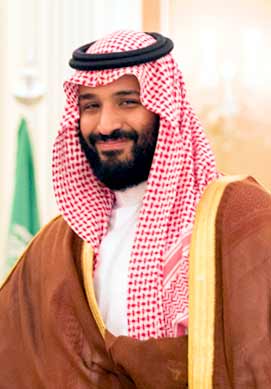 Last Saturday (Nov. 4), Saudi Arabian authorities arrested an astonishing 11 princes, along with dozens of other officials and businessmen, in what has since been deemed the "Saudi purge."

This was at the direction of Crown Prince Mohammed bin Salman (MBS) and his father, King Salman.

The roundup was part of a series of steps that MBS has taken since becoming crown prince in June to secure his own position. In recent months, MBS has engineered various reforms in Saudi Arabia, such as launching an ambitious $50 billion investment plan in renewable energy and lifting Saudi Arabia's longtime ban on women drivers.

Reform was clearly the goal of Saturday's purge, as well. According to Hasnain Malik, global head of equity research at emerging markets investment bank Exotix, "as unprecedented and controversial as [the purge] may be, this centralization might also be a necessary condition for pushing the austerity and transformation agenda."

In an effort to both curb and expose Saudi royalty's mass corruption, some of the country's wealthiest individuals and members of the royal family were swept up and thrown into "cells" (they're in hotel rooms at Riyadh's Ritz-Carlton) last Saturday, leaving MBS virtually unchallenged at the helm.

Here's a look at MBS' Saudi Arabia purge by the numbers - and how you can make those numbers work in your favor...

The Saudi Purge by the Numbers

Last Saturday, shortly before midnight, Saudi authorities arrested 11 princes, four ministers, and dozens of former ministers. Among those taken into custody was billionaire Prince Alwaleed bin Talal, one of the world's richest men. The king also dismissed Prince Miteb bin Abdullah from his post as head of the powerful National Guard.

The government froze bank accounts of the more than three dozen detainees, putting about $33 billion of personal wealth at risk.

What the Saudi Purge Means for U.S. Markets

And that's just the beginning. The Wall Street Journal reported on Nov. 7 that the Saudi government plans to seize $800 billion in total assets.

Indeed, "what's happening in Saudi Arabia is all about money - who's had it and, more importantly, who will have it very shortly," wrote Money Morning Chief Investment Strategist Keith Fitz-Gerald yesterday (Nov. 9).

"Make no mistake about it, this is a big story," he continued, "perhaps even the story of a generation. It's also a phenomenal opportunity for savvy investors."

Fortunately, Keith outlined those opportunities one by one:

Get More of Keith's Moneymaking Expertise Sent Straight to Your Inbox

Meanwhile, one of the picks Keith has shared with Money Morning readers is up over 30% since he recommended it last December. Another is up over 39% in just nine months. These are just two examples of Keith's incredible track record.

Sign up for Keith's Profit Alert now and never miss another market-crushing stock recommendation again. This is a free service for Money Morning readers.

Don't delay; Keith will share another valuable recommendation with his Profit Alert subscribers this Monday. You won't want to miss it.

Your assumption is very smart. I would be interest to know how to profit from this. Thanks