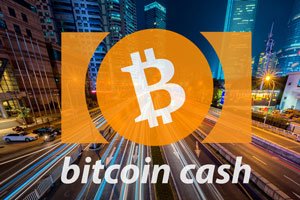 At one point over the weekend, Bitcoin Cash's valuation topped Ethereum to become the second-largest cryptocurrency in value. Investors like Jihan Wu, who own both Bitcoin and Bitcoin Cash, have now said that Bitcoin Cash offers more potential due to its lower transaction costs and other key benefits.

Samson Mow, the chief strategy officer at Blockstream, said Bitcoin Cash's price pump will be short-lived, according to Business Insider.

"The pump is already losing steam and can't be sustained because there's no real market for [Bitcoin Cash]," Mow told Business Insider.

Below is a recap of the top cryptocurrency prices at 1:15 p.m. EST

The suspension of the Bitcoin Segwit2x protocol has been a boon for Bitcoin Cash. The price of Bitcoin Cash quadrupled to a peak of $2,446 per coin on Sunday before plunging to current levels.

Must Read: CoinDesk's Top 5 Analysts to Follow in the Cryptocurrency Market

Some traders believe that Bitcoin Cash now stands as the greatest challenger to Bitcoin in the future.

The Ethereum price is hovering above $310, as owners of the cryptocurrency can do nothing but sit on the sidelines and watch the action in the Bitcoin and Bitcoin cash markets.

On Saturday night, Ethereum founder Vitalik Buterin even went ahead and congratulated Bitcoin Cash for surpassing his firm after it passed Ethereum in market capitalization.

While many traders were pleased to see Litecoin hovering above $60.00 again, it has been Dash holders that have seen bigger gains in the last 24 hours.

The price of Dash surged as much as 60% in just days, as traders cheered the block size upgrade on the Dash network.

In the past, some increases have been viewed by the market as pump-and-dump schemes.

Brazil Makes Its Move in the Crypto Market

One of the biggest complaints by central bankers is that Bitcoin and blockchain technology are not centralized.

Now, Brazil is looking to change that...

The Central Bank of Brazil has announced it is building proofs of concept (PoCs) on every platform it can on four different blockchain platforms.

Investors can expect more central banks around the globe to follow suit in the future.