The price of Bitcoin pushed higher to the $6,600 level as investors turned their focus to the Reuters Global 2018 Investment Outlook conference in New York City. 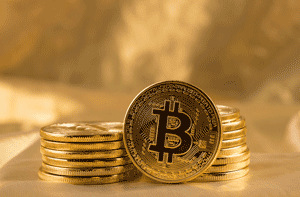 There, former Fortress executive and cryptocurrency investor Mike Novogratz set a $10,000 price target for Bitcoin in the near future.

He based that call on the expectation that institutional investors are on the verge of adopting Bitcoin as a tradable asset.

Bitcoin is regaining some steam this afternoon after a civil war against Bitcoin Cash began brewing. Despite last week's cancellation of the SegWit2x upgrade, there has been considerable optimism about the upcoming launch of a Bitcoin futures exchange.

Below is a recap of the top cryptocurrency prices at 1:30 p.m. EST

On Tuesday, the market capitalization of the global cryptocurrency sector hit $208.19 billion.

The Ethereum price is back up above $330, as markets continue to seek a fix to the recent Parity freeze that locked out $160 million from wallets.

Parity's software developers are trying to complete a post-mortem report on the incident by the end of the week.

According to CoinDesk, it could be as late as 2018 until owners of the Ethereum are given a chance to recover their assets.

Developers may seek a solution as part of the "Constantinople" network upgrade later next year.

Bitcoin Cash retreated Tuesday, as many traders took profits from the remarkable run of the BTC offspring over the last week.

The cancellation of Bitcoin's SegWit2x upgrade shot new life into the coin that emerged from the Aug. 1 hard fork.

Despite its surge from about $330 in late October, the price has pulled back about 50% from its all-time high of more than $2,600 earlier this week.

Litecoin bounced back on Tuesday to recapture its status as the fifth-largest cryptocurrency by market capitalization.

The outflow of capital from Bitcoin to altcoins has benefited Litecoin and Dash in recent trading sessions.

Over the last year, Money Morning readers have read a lot about the companies that are poised to make big gains when China implements its new "Silk Road" plan.

The ambitious project will connect Chinese companies across three continents and establish trade routes across both land and sea all the way to Europe.

But one official at the Hong Kong Treasury sees a significant way to bolster Chinese President Xi Jinping's Belt and Road Initiative:

He wants to build the finance portion across blockchain to bolster and expand the trade capacity.

Should China make this decision, it would be a huge win for blockchain developers.

Up Next: CoinDesk's Top 5 Analysts to Follow in the Cryptocurrency Market