Editor's Note: Bill Patalon just made one of the boldest "long-view" calls ever on General Electric Co., and now he's about to make an even gutsier one: Amazon.com Inc. isn't really the end-all, be-all of e-commerce stocks. No investor should miss this. Here's Bill…

Last Friday, Nov. 10, I told my paid-up Private Briefing subscribers to expect a big sales day Saturday from Alibaba, the Chinese e-commerce giant that remains one of our very favorite stocks.

The catalyst for our optimism was "Singles' Day," a Chinese "shop-'til-you-drop" holiday that has become a yardstick analysts use to gauge Alibaba's near-term health. (Think Black Friday and Cyber Monday, plus the month before Christmas, and Valentine's Day, rolled into one great, big ball of revenue.) 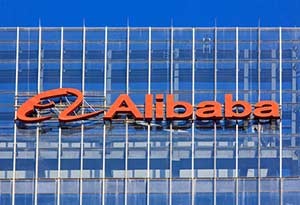 As it turned out, they should have called it "Home Run Day" – the sales surpassed even the most bullish projections.

Let me share some of these numbers – because they will blow your mind.

Then, I'll show you what these numbers really tell us.

It's a conclusion nobody else is seeing.

SFGate writer Mark Morford might have even understated it when he described China's Singles' Day as "Black Friday colliding with Cyber Monday in an orgasmic nightmare cataclysm of apoplectic consumerist hysteria, times four."

The fact is that Alibaba moved a staggering $25.3 billion worth of goodies… in a single 24-hour period.

thanks for the story on Alibaba showing the future and the size of China.