The Dow Jones today is highlighted by a controversial rule change by the FCC that could change the Internet as we know it...

Shares of Comcast Corp. (Nasdaq: CMCSA) and Verizon Communications Inc. (NYSE: VZ) are trending up in pre-trading hours as the end of "net neutrality" could allow telecoms to charge more for access to different websites. As changes to Internet regulations roil tech stocks, cybersecurity continues to be an ever-present need. Check out the best cybersecurity stock to buy here... 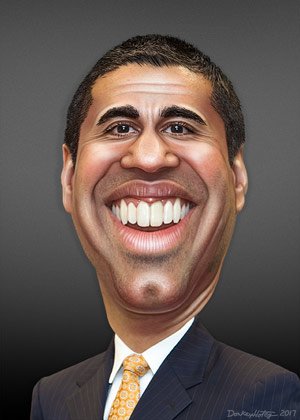 The Drone Craze Could Quadruple Sales