Investors seemed to shrug off North Korea's intercontinental ballistic missile test on Tuesday, as the Dow Jones today is set to continue its rally.

Dow Jones futures are up 84 points this morning despite the missile test escalating tensions between North Korea and the global security community. To get more details on the country's other security threats, and which defense stocks you should buy, click here... 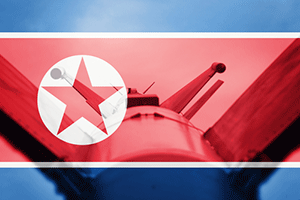