Back in September, when I made "Four High-Profit Predictions About Pot Stock Investing in 2018," I recommended investors get prepared for what I believe will be one of the most significant moneymaking triggers we've ever seen...

I'm talking about California, of course, and its upcoming Jan. 1, 2018, total legalization of marijuana.

That means medical patients and adult recreational users alike will be able to use cannabis and buy from legitimate, regulated businesses starting Jan. 1 in California.

Now, as you know, legal marijuana is already booming in the 29 U.S. states where recreational and/or medical cannabis is legal.

But California, the nation's most populous state and, indeed, the world's sixth-largest economy, is in a class by itself.

Total legalization here could open up the money floodgates for folks who own the right stocks.

So let's look at what we know so far... and why this is huge news for small pot stocks.

New Laws Put the Market in Much Clearer Focus

So, we knew legalization in California was going to be "big," and now that the California Bureau of Cannabis Control has released 276 pages of regulations that the Golden State's marijuana businesses must abide by next year, we've got a better idea of where this is going.

Because, as one of my "rules" for cannabis investing goes, "When laws pass, pot stocks soar."

New Legislation: Cannabis gains could blow the doors off anything we've seen so far. Click here for more...

The numbers here are absolutely staggering. California's market is bigger than any U.S. state, and even than all of Canada. We're talking $7 billion a year - just to start.

Arcview Group expects revenue to jump to more than $21 billion by 2021. 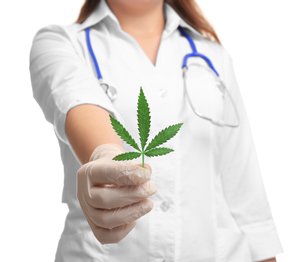 I'll show you why the Golden State might as well change its name to the Green State; it's about to become ground zero for pot stock profits.

These regulations should be great for California's weed market. They do mostly what I expected, although, as you'll see, there are a few welcome surprises, too.

Looking forward to it!

Which stocks are going to be windfuls?

can hardly wait to hear