Uncertainty is weighing down the Dow Jones today as the Senate's plans to overhaul the U.S. tax code are threatened by new concerns about its impact on the deficit.

Dow futures are down 16 points this morning after several GOP senators threaten to hold out on the bill until it does more to address the strength of the economy.

Here’s the truth about what the tax plan does, compared to what the economy really needs… 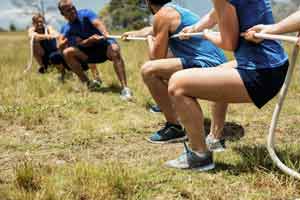