"It's blood money. It's disgraceful and it's disgusting," Christie said, according to a Nov. 27 report by The Cannabist. 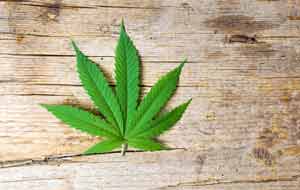 Christie is the outgoing governor, and he's too late to stop the legal cannabis industry - and the profit opportunity it will bring long-term investors.

More on that profit opportunity in just a bit...

And that number may be too conservative as states like New Jersey push for cannabis legalization in 2018...

And one of the reasons NJ residents are so supportive is the massive tax revenue it will bring the Garden State.

Murphy believes legalizing recreational marijuana will bring in $300 million in tax revenue and turn New Jersey into a $1 billion cannabis market. He wants to use that money to fund worker pensions and education programs.

Now, even if New Jersey legalized recreational marijuana in 2018, it will still take time to reach Murphy's goals.

The New Jersey Policy Perspective, a think tank that makes recommendations on recreational marijuana infrastructure, is more optimistic, but still believes it won't happen for at least three years. It believes New Jersey may reach $300 million in tax revenue from recreational cannabis sales by 2020 at the earliest, but it still thinks it's more likely to happen in 2021, according to CNN.

But no matter when it happens, recreational marijuana legalization in New Jersey is going to happen.

Already, 29 states and the District of Columbia have legalized medical marijuana. And with New Jersey soon to join the other eight states, like California and Colorado, that have already legalized recreational marijuana, $20 billion in legal cannabis sales by 2020 could be too conservative of an estimate.

That's why, today, we wanted to show Money Morning readers how to cash in on the pot stock boom.

Some pot stock shareholders have already seen gains of 516% this year, and we don't want you to miss out...

How to Cash In on Pot Stocks Today

Chris Christie is out of touch on the cannabis market. The government & AMA made the plant illegal in 1937 & did not know where to place it so it temperarily was made a schedule 1. This never was reviewed even though cannabis was until then in appro. 300 prescription drugs. We are only now partially aware of this natural plants healing properties. It is time to get the long haired hippie vision out of our minds & move forward. It is time to review the prescription opiods that are very addictive & kill people daily. Cannabis has not had 1 overdose as it is virtually impossible unless you can consume 1500 lbs. In 15 minutes! Bottom line is lets movw forward as medical marijuana is our savings grace.