There's speculation on whether McAfee believes it's Bitcoin or Bitcoin Cash that will reach this value. Businessman Craig Wright, though, believes McAfee is referring to the value of Bitcoin and its forks combined. 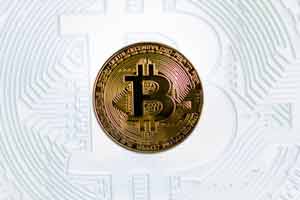 For today, the downturn in Bitcoin prices is thanks in part to a cracking down by the United Kingdom on cryptocurrencies. The UK government has said it's working to address concerns over money laundering and tax evasion through cryptocurrencies.

Governments across the European continent are expected to release new regulations in early 2018.

On Monday, the market capitalization of the global cryptocurrency sector hit $343.14 billion.

The Bitcoin price hit an all-time high north of $11,800 Sunday, but a small retreat followed.

Some traders are worried that Bitcoin is losing its momentum, while others anticipate that institutional investors are on the verge of pouring billions of dollars into the market.

With CBOE prepared to begin Bitcoin futures trading next week, it's still too early to tell if there will be another rally or a sharp decline.

Markets are also talking about the first two public Bitcoin billionaires. Tyler and Cameron Winklevoss, best known for their $65 million lawsuit against Facebook Inc. (Nasdaq: FB), have amassed one of the largest Bitcoin portfolios in the world.

All told, their stake is now worth more than $1 billion, from an original investment of $11 million.

The IOTA coin has gained more than 190% over the past week, a surge that has pushed this coin into the top five cryptocurrencies by market capitalization.

The price surged on news that the German non-profit behind the coin - IOTA Foundation - is partnering with Microsoft Corp. (Nasdaq: MSFT) and Samsung on a new blockchain-based marketplace that will allow firms to sell data.

IOTA's market capitalization surged past $7 billion on the news.

The Price of Siacoin Climbs 21%

Sia is a decentralized storage marketplace that allows users to rent out available space on their hard drive.

The cryptocurrency for the network, Siacoin, is used in exchange for the rented space, and it incentivizes storage networks to remain online so users can access their files.

The company aims to disrupt the business of centralized cloud platforms like Dropbox.

The Cryptocurrency Revolution in Venezuela

Blockchain is a revolutionary technology that will completely alter the future of global finance.

Venezuela, meanwhile, recently underwent a revolution that has destroyed its financial future. The socialist revolution has crippled the nation's once-vibrant oil and agricultural trade.

Now, the country, whose central bank has brought about hyperinflation, wants to establish a cryptocurrency backed by the nation's oil, diamond, and natural gas reserves.

Iota, and it's data marketplace, does not use blockchain technology. It uses the tangle.