With Bitcoin prices climbing 1,140% so far in 2017, everyone wants to talk about cryptocurrency and give their two cents on Bitcoin price predictions.

JPMorgan Chase & Co. (NYSE: JPM) CEO Jamie Dimon will gladly tell you Bitcoin is worth "nothing," and musician Pitbull said in a June 2017 CNBC interview that he's been watching Bitcoin for the last five years. 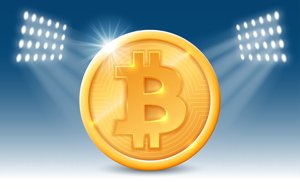 While Bitcoin is a risky investment, it's also too large of a profit opportunity to ignore. Bitcoin now has a market cap of $200 billion, and early adopters like the Winklevoss twins have turned their $11 million Bitcoin investment in 2013 into $1 billion.

That's why we aren't listening to bankers with ulterior motives or celebrities.

We're rounding up three Bitcoin price predictions from analysts and forward-thinking entrepreneurs who have firsthand experience in the cryptocurrency market.

And the first Bitcoin price prediction comes from one of the most respected analysts in the industry...

The well-respected analyst bases his outlook on several factors. He argues that stocks are currently too highly valued, bonds offer little opportunity, and the U.S. dollar continues to devalue over time.

That $20,000 price target sounds bold, but it may be too conservative, according to this next prediction...

Cryptocurrency billionaire and former money manager Mike Novogratz has been one of the most prominent investors in initial coin offerings (ICOs) in 2017.

Novogratz has argued that institutional investors will soon pour capital into the cryptocurrency market and provide a major price catalyst in the year ahead.

"The institutionalization of this space is coming. It's coming pretty quick," Novogratz said, according to CryptoCoinNews.com.

But when it comes to Bitcoin bulls, no one beats John McAfee...

Bitcoin will drop in price. It is a fad..

Blockchain is as much of a fad as TCP/IP Is.

Might be a fad, but people are making money and you're mad you didn't buy earlier.