Litecoin prices today were down 1.58%, but fans of the cryptocurrency are optimistic about its future.

In a Twitter Inc. (NYSE: TWTR) post today, Litecoin creator Charlie Lee said that he and the Litecoin Foundation are making a serious push to bring awareness to the cryptocurrency.

Known as the "silver" to Bitcoin's "gold," the marketing campaign will highlight Litecoin's fast transaction speeds and low transaction fees.

Through our free cryptocurrency Profit Alerts service, we will keep our readers informed on updates about Litecoin's marketing campaign as they happen.

But today, the biggest story in the crypto market is still about Bitcoin...

The price of Bitcoin topped $13,000 for the first time and kept chugging higher Wednesday. Double-digit gains came on positive news about the long-awaited Lightning Network. ACINB, Blockstream, and Lightning Labs all released test results that revealed that the software is interoperable.

This is positive news that brings the Lightning project on the verge of a public launch. 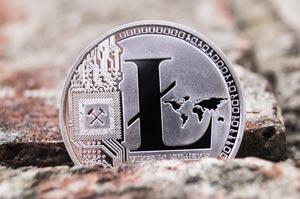 The rally again defied skeptics who continue to push pessimism toward the cryptocurrency markets.

"Humans buy all sorts of things that aren't worth anything. People gamble in casinos when the odds are against them. It has never stopped anybody," Greenspan said in an interview with CNBC.

Below is a recap of the top cryptocurrency prices at 3:00 p.m. EST

The Bitcoin market capitalization topped $200 billion. The uptick came despite news that Indonesia's central bank is now considering a ban on Bitcoin.

The nation's central bank has raised new concerns about Bitcoin's potential use in financing terrorism, drug trafficking, and money laundering.

This would be the latest central bank to crack down on Bitcoin, although markets have largely shrugged off concerns about China's similar efforts in recent months.

The price of IOTA gained another 16% today and continues to explode as investors pile into the fourth-largest cryptocurrency on the planet.

The price of IOTA has been on a massive run since Dec. 2 after the company reached an agreement to develop a data-sharing platform for businesses.

Microsoft Corp. (Nasdaq: MSFT) is one of the headline corporations taking part in the project.

A mobile app operated by Revolut is the latest to expand its offerings to users in the cryptocurrency world.

Today, the company announced that its platform will support Litecoin and Ethereum. The company's application allows users to make payments with debit cards, Bitcoin, and now, the two additional currencies.

Revolut incorporated Bitcoin into its platform in July 2017 after its $66 million Series B funding round.

Former Congressman and Fed critic Ron Paul entered the public discussion over the value of Bitcoin.

Just 8% of participants said they would invest in U.S. Treasuries.

The 2% who chose to stay in cash must be expecting a massive round of deflation in the future.