Litecoin prices skyrocketed 30% as investors look for new opportunities in the cryptocurrency market.

The crypto community is still debating how the trading of Bitcoin futures will affect prices, and newer crypto investors don't like the idea of paying more than $16,000 to own one coin. The Litecoin Foundation is also making a marketing push to bring more awareness to the "silver" to Bitcoin's "gold." 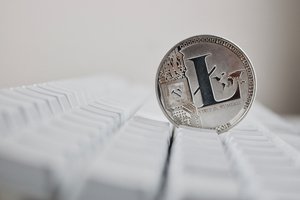 At around 8 p.m. EST on Sunday, a two-minute halt occurred after Bitcoin futures prices rallied more than 10%. Another five-minute halt came after prices added another 20% around 10 p.m. EST.

The price topped $16,750 around the same time that noted economist and hedge fund manager Nassim Taleb suggested that Bitcoin could hit $100,000.

He also said that it will be nearly impossible for investors to time their shorts of the cryptocurrency. Taleb is perhaps best known for his research on "black swan" events and for predicting the 2008 financial crisis.

"No, there is NO way to properly short the Bitcoin 'bubble,'" he said on Twitter Inc. (NYSE: TWTR) before CBOE launched Bitcoin futures trading.

"Any strategy that doesn't entail options is non-ergodic (subjected to blowup). Just as one couldn't rule out 5K, then 10K, one can't rule out 100K," he said.

Below is a recap of the top cryptocurrency prices at 10:00 a.m. EST.

Bloomberg Questions the Authenticity of Bitcoin

Over the weekend, Bloomberg released a controversial report that raises questions about the safety, security, and authenticity of the Bitcoin market.

According to the report, 1,000 people own roughly 40% of the entire Bitcoin market. This means that just 1,000 people are controlling $112.74 billion of the Bitcoin space, and each person's average Bitcoin net worth is $112.74 million.

Must Read: 3 Bold Bitcoin Price Predictions for 2018 and Beyond

This has raised concerns that these so-called "Bitcoin whales" have more power to float or sink the market and potentially manipulate it through collusion in the future.

"All of that information goes into building the next steps," Tilly said in an interview with CoinDesk.com.