Coinbase announced yesterday (Dec. 12, 2017) that it was forced to suspend trading of Litecoin and Ethereum due to a surge in demand.

The recent 200% surge in Litecoin prices prompted noted cryptocurrency bull Mike Novogratz to suggest owners of the cryptocurrency take profits off the table. 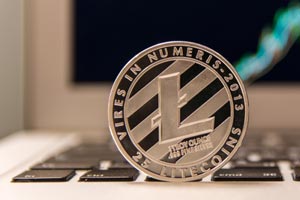 Novogratz told CNBC that he doesn't "think it will have the same legs that Bitcoin would. I would sell it here versus buying Bitcoin."

Reuters reported this morning that government officials conducted an emergency meeting to introduce proposals to rein in excessive speculation in the space.

The government is proposing an outright ban on cryptocurrencies unless those engaging in transactions (primarily exchanges) adopt and meet six conditions, which include:

Any violation of these six rules would result in increased penalties from the government, including "punishment of 10 years imprisonment" or a fine of up to 500 million won.

Below is a recap of the top cryptocurrency prices at 9:30 a.m. EST.

Ripple was the top-performing cryptocurrency in the top 100 over the last 24 hours.

The price rallied on news that the company behind the coin will partner with American Express Co. (NYSE: AXP) to reduce liquidity challenges in the global remittance industry.

Ethereum Up 50% in Last Seven Days

The price of Ethereum surged past $700 today.

Investors piled into the second-largest cryptocurrency by market capitalization after Swiss bank UBS (NYSE: UBS) announced it would lead an Ethereum-based blockchain initiative with a number of different global financial firms.

Another Day, Another Central Bank Warning About Crypto

But instead of warning investors about money launderers and illicit activities with Bitcoin, he turned to a major headache for those who argue that Bitcoin can be a transactional currency. He explained that there was nothing that can stop people from engaging in commerce with Bitcoin, but warned that transaction costs are extremely prohibiting.

Using the example of a cup of coffee, he explained that customers wouldn't be pleased with the associated cost of the transaction.

"You can do that now. But the truth is, when you look at the actual cost associated with making a payment with Bitcoin, it costs more than the cup of coffee," Dr. Lowe said.