A vast number of Americans – 3.5 million – are about to start using a lot less oil.

That's because distillate fuel oil – you know it as "diesel," the fuel truckers use to transport 10.4 billion tons of freight across America – is about to take a major hit.

A hit that will likely amount to 158 million fewer barrels consumed a year – a 15% drop.

Here's what's behind this massive change in oil demand…

On Monday, the vast majority of American commercial truckers will be officially required, by law, to equip their trucks with what Money Morning Director of Technology & Venture Capital Research Michael Robinson calls "Augmented Digital Co-Pilots" (ADCs). 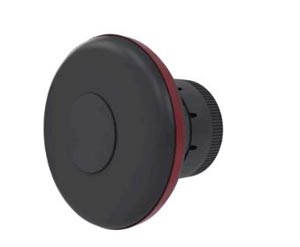 This device is like an all-in-one accident avoidance gizmo: It keys into the truck's diagnostics, monitors its movements, logs hours driven, and even optimizes fuel efficiency and driving routes.

Michael believes that ADC technology could save the commercial trucking industry $18.83 billion a year in fuel costs.

And that's where the bad news for oil demand comes in.

According to the most recent figures from the U.S. Energy Information Administration, that much diesel fuel saved will result in a 1.6% drop in global distillate fuel oil consumption.

When one door closes, another opens…

We've found the ultimate profit play to recoup any drop in oil – and then some.

We expect this one small tech firm to come away from this government-mandated spending spree with a 39-fold increase in revenue.

And since you know exactly when the regulation becomes law, you can time this play perfectly.

We'll show you how to get in on the ground floor… before the mandate goes into effect on Monday.

One Company Is Poised to Corner the Market

Michael has spent 33 years in Silicon Valley. He's served as a board member of a prestigious venture capital firm and as senior advisor to 12 tech startups.

He's always had a knack for spotting "the next big thing."

In the 80s, he worked alongside Lee Iacocca and Roger Smith, the CEOs of Chrysler and GM, as they led the robot revolution that saved the U.S. automotive industry.

In the late 1990s, he took part in the meetings that mapped out what would become the $160 billion cloud computing industry.

After the millennium, he worked with Dave DeWalt, the former CEO of McAfee, on cybersecurity technologies, just before Intel acquired his company for $7.8 billion.

And he sees this lifesaving ADC device combined with the approaching Dec. 18 mandate as the perfect ground-floor situation.

Outfitting every truck in America will cost a whopping $2 billion, and the particular company Michael is eyeing has positioned itself perfectly to take the lion's share of that revenue.

It's done this by developing a one-size-fits-all product that is certified by the Federal Motor Carrier Safety Administration.

That means every fleet owner across the nation – undoubtedly desperate to keep his or her trucks in compliance with the new regulations – can buy this one product for each of their trucks. No matter what make. No matter what year. No matter what the diagnostic system.

This company has made it easy for individual truckers, as well.

They've put their ADC device in each and every Love's Travel Stop and Country Store across the country. That's 410 shops in 40 states.

You can get them from Wal-Mart Stores Inc., too.

This company's booked less than $49 million in sales so far. Imagine what could happen to its stock price if it reaps the rewards of this $2 billion mandate.

Get all the details on this stock set to explode right here.