Litecoin founder Charlie Lee made a stunning announcement on Reddit early this morning (Dec. 20, 2017): He's going to sell almost all of his litecoins.

Lee said he "sold and donated" all of his holdings in recent days, with the exception of several physical ones that he plans to keep as "collectibles." 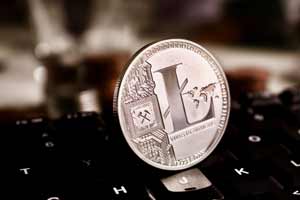 Why Lee made this decision is the subject of much scrutiny, but it's best to let him explain the reasoning in his own words...

And the rally has been tied to three main factors.

The first is Coinbase adding Litecoin in May, making it easier for the average investor to own the cryptocurrency. The second is a marketing push from Lee and the Litecoin Foundation, highlighting the benefits of his crypto coin.

The third is a combination of the price of Bitcoin skyrocketing and uncertainty about its future. Just one bitcoin now costs more than $16,000, making Litecoin more affordable. Investors are also unsure about the future of Bitcoin thanks to hard forks.

But as prices climb, one person hasn't been completely convinced by Litecoin's incredible price surge over the last 12 months: Charlie Lee.

Last week, Lee took to Twitter Inc. (NYSE: TWTR) to issue a warning to investors about the high risks of price volatility in the cryptocurrency market.

"Sorry to spoil the party, but I need to reign in the excitement a bit..." he wrote.

Lee also argued that even though cryptocurrency prices have exploded over the last year, blockchain has barely reached its potential.

Why Is Charlie Lee Selling Litecoin?

Lee says that his ownership of Litecoin as a cryptocurrency has created a conflict of interest.

As an avid Twitter user with 384,000 followers, Lee says that he has avoided sending messages related to the price of Litecoin.

However, this has created a challenge due to his influence as the creator.

Lee notes that any statements he makes about the development can and do push the price of Litecoin in different directions.

"I have always refrained from buying/selling LTC before or after my major tweets, but this is something only I know. And there will always be a doubt on whether any of my actions were to further my own personal wealth above the success of Litecoin and cryptocurrency in general," he said.

Lee concluded his piece by stating that he will find success with Litecoin's growth.

"This is definitely a weird feeling, but also somehow refreshing. Don't worry. I'm not quitting Litecoin," Lee said on Reddit.