Investors will elevate the Dow Jones today after Congress gave final approval on the GOP tax reform plan on Wednesday.

Dow futures are up 47 points this morning as the passage of a $1.5 trillion tax cut prompts some corporations to "share the wealth." If you're looking for the real money, forget about trickle-down tax cuts and read this…

Urgent: This is the most lucrative way to jumpstart your 2018 income stream. It only takes five simple moves (to potentially score $7,320 or more)… 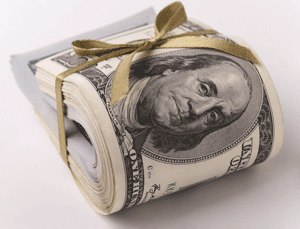