Uncle Sam isn't going to help you in the event of an electromagnetic pulse (EMP) attack.

In fact, policymakers and analysts on Capitol Hill don't even consider the threat credible, dismissing it as "mere 'bluster' and 'nuclear sabre rattling' not to be taken serio 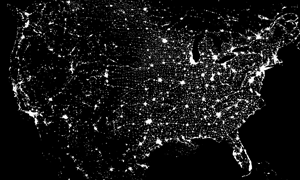 usly," wrote Dr. Vincent Pry, executive director of the Task Force on National and Homeland Security and director of the U.S. Nuclear Strategy Forum, for The Hill on May 15, 2017.

"One day, perhaps soon, this may well prove to be a fatal mistake for millions," Pry added.

Fortunately, we'll show you how to prepare for attacks like these, especially as North Korea becomes increasingly volatile.

Indeed, tensions between a nuclear-advancing North Korea and the United States escalate by the day. For instance, just this week, U.S. President Donald Trump labeled the regime a "rogue state" after which news broke that Pyongyang is now trying to load up an intercontinental ballistic missile (ICBM) with active anthrax pathogens.

Editor's Note: Don't miss a single update on North Korea as the regime steps up its aggressive campaign to take down the United States. Get real-time alerts sent to your inbox, completely free, here.

But it seems the U.S. government remains more concerned about an actual nuclear attack on soil than about an electromagnetic blast in the atmosphere.

And this means that, in the face of Uncle Sam's complacency, citizens will have to prepare for the event of an EMP attack on their own.

Check out this video for more details on this potentially devastating threat.

And below, you'll find how to prepare yourself in a worst-case scenario, plus how you can support – and even profit from – efforts to prevent attacks like this from ever happening in the first place…

How to Prepare for an EMP Attack

Stock up on non-perishable food and water – enough to last several months.

"An EMP attack will kill far more people than nuclear blasting a city through indirect effects – by blacking out electric grids and destroying life-sustaining critical infrastructures like communications, transportation, food and water," Dr. Pry explained. "The millions of fatalities likely to eventually result from EMP will take months to develop, as slow as starvation."

"Most Americans do not have enough batteries to keep flashlights working for any period of time, much less generator capabilities," Dr. William Graham, a U.S. physicist who was chair of President Reagan's General Advisory Committee on Arms Control, told Forbes in 2014. "And many of the country's most vulnerable citizens rely on the electricity grid for medical equipment, such as dialysis machines. Even standard medication will be difficult or impossible to come by if an EMP disables pharmacies and transportation networks."

Get out your bicycles.

Generators and bicycles are obviously worst-case scenario preparations. Here's something you can do now to prevent such a tragedy in the first place – as well as a unique Pentagon profit play that is poised to unlock $45 billion in new wealth…