While the prices of major cryptocurrencies fluctuated today, Dentacoin prices climbed 17.51% and reached a market cap of $216 million.

Dentacoin pitches itself as a project to improve dental health, cut out the middlemen insurance firms, and improve the relationship between patients and their dentists.

According to Dentacoin's Twitter account, 61 dentists inquired about learning more about the coin between Dec. 15 and Dec. 22. 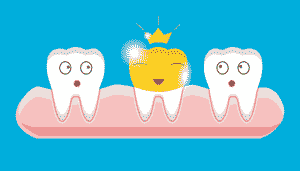 Meanwhile, the price of Bitcoin retreated after nearly hitting $17,000 this morning. Bitcoin prices continue to recover from a significant downturn last Friday that pushed the price below $10,500.

The world's largest cryptocurrency has been in retreat thanks to a large surge in interest in alternative coins.

Skeptics continue to pile on Bitcoin after last week's plunge.

The key criticism now centers on how to properly valuate Bitcoin. "Nobody knows the ultimate value of this underlying asset," Edward Stringham, president of the American Institute for Economic Research, told Bloomberg this week.

"We cannot predict whether it's going to be zero or $1 million or anything in between," Stringham said.

Ripple is now the third-largest cryptocurrency by market capitalization.

Ripple jumped more than 22% after a big announcement surrounding its technological progress in Japan.

Must Read: In 2018, This Will Be Better Than Bitcoin

The consortium plans to use Ripple's technology.

The Ministry of Finance in Russia is preparing to accelerate regulations around Bitcoin and other cryptocurrencies.

Russian Finance Minister Anton Siluanov said in an interview with state-run media this week that his division is prepared to release a framework for the cryptocurrency space.

The sweeping regulations will likely cover rules around Bitcoin mining, tax action, and central exchanges for the buying and selling of cryptocurrency.

"The Ministry of Finance has prepared a draft law, currently under consideration, which will determine the procedure for issuing, taxing, buying, and circulation of cryptocurrency," he said in the interview.