The price of gold today is rising, extending its gains this week despite near record-high stock prices and soaring cryptocurrencies. That's a good sign this gold bull market is just getting started...

After the recent Fed-induced gold rally began on Dec. 13, the precious metal has continued to rally. 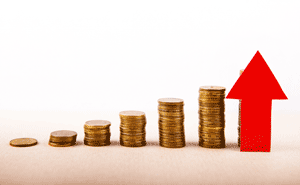 And the rally won't end any time soon.

That could mean as much as a 7% gain from today's gold prices, which would take gold all the way to $1,325-$1,350 by the middle of February. That's right at the price I predicted gold would reach.

And now Bitcoin has fallen, dropping from $20,000 to under $12,000 in just five days. As Bitcoin prices slump, investors are finding profits in the world's oldest currency, gold.

Here's how high gold prices will rise, including a recap of gold's price movement over the last week...

The Fed's rate hike on Dec. 13 boosted gold prices, but gold managed to build on those gains last week.

Here's a chart of the past week's DXY action. 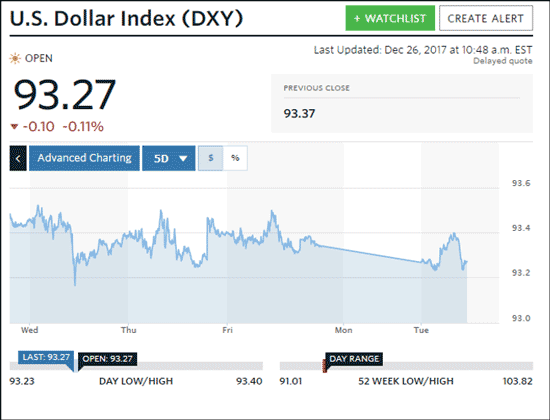 The Christmas holiday meant the next trading day would be Tuesday, Dec. 26. And as the dollar exhibited further weakness, gold climbed higher. The yellow metal opened at $1,281 and by mid-day was trading at $1,283.

But gold's gain on the week is just the start. I'm predicting that we're only in the beginning stages of a new gold price rally. Here's where I see gold prices heading next...

My Prediction for the Price of Gold in 2018