Wall Street's most successful investment bankers - even the ones beating the markets year after year - are working too hard for their money. 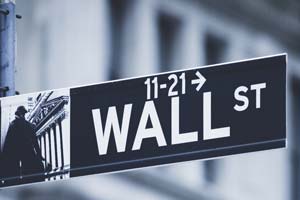 A luxurious Manhattan apartment's no good if you never get to sleep in it...

Most traders - 99.99% of them, in fact - work on the assumption that to make money in the stock market, you have to be in Manhattan, setting up trades in the scant six-and-a-half hours the markets are open.

Before dinner, before bed, first thing in the morning... even in the middle of the night, if you feel like it.

The same is true for Dynavax Technologies Corp. (Nasdaq: DVAX). A quick Night Trade of DVAX would've netted a whopping 230% in just a few months - and this can all be done from the comfort of your own home.

And those are just two examples. Novo Resources, AVEO Pharmaceuticals, Straight Path Communications, Liberty One Lithium... all could have doubled, tripled, or even sextupled your money in a matter of months or even weeks - all with just a few mouse clicks.

The opportunities to pocket easy, rapid profits keep pouring in thanks to the special Night Trader method...