The biggest news coming out of the crypto world today came from Ethereum founder Vitalik Buterin.

The leader of the second-largest cryptocurrency by market capitalization clarified statements made earlier this week that suggested he would quit cryptocurrency. He warned that people in the space need to "grow up." 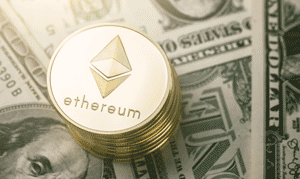 Buterin has expressed warnings in the past about the massive rise in cryptocurrency values but the limited amount of social value extracted from blockchain projects so far.

This week, he expressed outrage over the immaturity of the cryptocurrency community for showing off their newfound wealth instead of developing positive applications from blockchain technology for society.

Yesterday, he said he would still work on crypto as long as there's also "real social value" that the ecosystem is working towards.

Today's top performer in the market was a cryptocurrency called ETHLend, which climbed more than 173%. The blockchain project is designed to expedite loan processing.

Just seven of the top 100 cryptocurrencies by market capitalization were in the red on Friday afternoon.

The total market capitalization of Bitcoin hit $259 billion Friday after the cryptocurrency wrapped up an incredible year for its investors.

Roger McNamee, a venture capitalist who took an early stake in Facebook Inc. (Nasdaq: FB), says that next year will be a make-or-break one for Bitcoin.

In an interview with CNBC, McNamee said that Bitcoin's rise in 2017 was driven mostly by speculation.

"[Bitcoin] is still a very small market in the context of the larger financial world, but it has had a huge year and we've done it around a speculative mania," he said during the interview.

"The thing that people forget is that if a mania goes on long enough, it becomes self-fulfilling. So that even after the crash that follows, there is a real industry," McNamee said.

The price has surged on news that Japanese and South Korean financial firms are exploring the company's underlying technology to test transaction processing.

Chris Johnson is on pace to see 3,390% total winning gains this year.

And now, he's guaranteeing his recommendations will give you the chance to do the same.

If not, he's working for free.

So mark your calendar for one year from today...

Set a reminder on your phone...

And click here to learn how to join right now.

Do you need a wallet to protect your cryptocurrencies?