The Dow Jones just closed at its all-time high yesterday, and it's on the verge of shattering the elusive 25,000 level on the last trading day of 2017...

Dow futures are already up 77 points this morning ahead of the bell, but it will need a major boost to add another 125 points to reach 25,000. With stocks soaring, investors are eyeing new profits in 2018. And with New Year's Eve coming up this weekend, we've got the one resolution every investor needs for 2018, and it could set you up for lifetime wealth...

The Most Lucrative Way to Kick-Start Your 2018 Income Stream: Tom Gentile showed his readers the incredible opportunity to score 69 triple-digit winning moves in 2017. Now he's pinpointed five brand-new opportunities that he expects to return a combined 946.14%. Even better, these all start on Jan. 2 ­- the very first trading day of the year. Here's what you need to know... 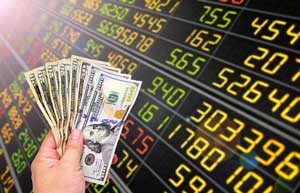