Uber's mistakes in 2017 led to the ouster of the company's founder and CEO Travis Kalanick. 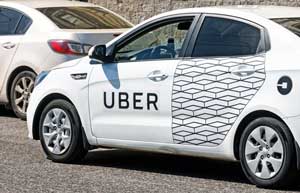 But even with a new CEO, Uber's controversies under Kalanick could still delay the IPO…

Uber has been in the news throughout 2017 because of missteps and scandals.

Under Kalanick's watch, Uber was accused of everything from promoting a culture of sexual harassment to deceiving regulators.

On Feb. 19, a former engineer for the company, Susan Fowler, alleged in a blog post that she was sexually harassed. On Feb. 23, Alphabet Inc. (Nasdaq: GOOGL) sued Uber for intellectual property theft.

Then on Feb. 27, Kalanick asked former Uber Senior Vice President of Engineering Amit Singhal to step down amid emerging sexual harassment allegations from when he formerly worked at Google.

That was all just in February.

March was another notably bad month for the ride-hailing service. Uber was accused of deceiving authorities in areas it wasn't allowed to operate in by using a tool called "Greyball." The tool allowed Uber to circumvent law enforcement efforts to track the company.

On top of that, both Uber's president and vice president of product and growth resigned in March.

And the bad news continued right before Uber hired Khosrowshahi as CEO at the end of August.

Uber had knowingly leased unsafe cars to its drivers in Singapore, according to an Aug. 4 NPR report.

One of the cars caught on fire and melted the interior while a driver was in the car. Fortunately, the driver was unharmed.

But overcoming scandals isn't the only roadblock in the way of the Uber IPO. Khosrowshahi wants to make the company profitable before the Uber IPO date.

But if Khosrowshahi can lead Uber past its scandals and make it profitable, should you buy Uber stock?

What You Need to Know Before Buying Uber Stock