Gold prices today are pushing higher, extending December's 5% rally into the new year. That's not surprising for us, as we are predicting a gold bull market in 2018. 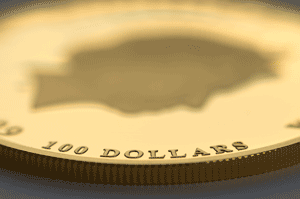 Despite a volatile year for the price of gold, gold gained 12.67% in 2017. Add that to its 2016 gain of 6%, and we have what's increasingly looking like a return to a secular bull market for gold.

And make no mistake, the $1,300 level is too important to overlook. If gold prices hold at this level, then the next target is $1,350.

Here's what's been driving this gold rally over the last week and where gold prices are heading next in 2018...

Though it was a shortened trading week for gold, it was about as steady and bullish as you could expect.

The precious metal traded on Dec. 26 with an upward bias that would carry it through the entire last week of 2017. The price of gold closed higher as the dollar weakened and ended the day at $1,283.

You can see how the DXY consistently dropped over the last week... 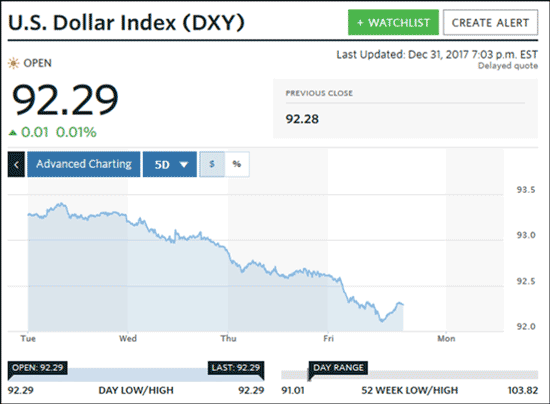 2018 Will Be a Bullish Year for Gold Prices

Gold now has competition. I predict that gold will now rise and fall on the value of bit coin, which is becoming the new refuge for people fleeing a shrinking dollar and inflation.

Does gold vaporize in a nuclear explosion?