If you're looking for the Boring Company stock symbol, then you're going to have to wait several more years. But that doesn't mean you can't profit from Elon Musk's innovative genius right now...

The Boring Company, of course, is one of the companies Elon Musk has founded to continue his disruption of the transportation industry. Its name derives from its chief function: boring tunnels. 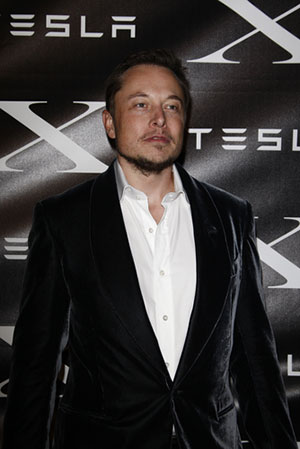 The Boring Company bores the tunnels that will hold the "Hyperloop," a technology that will allow people to travel hundreds of miles in mere minutes.

Passengers leaving from New York City via the Hyperloop could reach Washington, D.C., in 30 minutes, with speeds of more than 750 mph, says Musk. That's less than one-quarter of the time it now takes.

That's much faster than what conventional trains, and even high-speed rail, can go. The Hyperloop's potential 750-mph speed is more than twice as fast as maglev trains, which are currently the world's fastest with speeds of up to 268 mph.

The Hyperloop only works in theory, and Musk is still working on developing the idea. You see, the Hyperloop design will allow a passenger pod to travel through an airless tube. With no friction or wind resistance, the pod could potentially reach incredible speeds.

And tests of pod prototypes have yet to achieve these speeds.

That means there won't be a Boring Company IPO any time soon.

Here's what the company needs to do to go public, plus a special way you can start profiting from this sort of innovation now...

Why a Boring Company IPO Is Still Far Away

Investors are naturally excited by the development of such innovative new technology. But the announcement that new projects are underway has people motivated to buy Boring Company stock early.

On July 20, Musk told his Twitter followers that the Boring Company had received approval to begin digging a tunnel between Washington, D.C., and New York.

Since then, the company has broken ground on tunnels in Los Angeles and Baltimore.

But even as the Boring Company has begun boring tunnels, there are still three hurdles standing in the way of a public offering.

First, there needs to be a functioning Hyperloop design.

Musk has outsourced the design work via a series of competitions. Research teams are invited to put together Hyperloop prototypes and test them during competitions at SpaceX's test track in California. These competitions began in January 2017, with the next competition planned for mid-2018.

No participant has managed to reach the proposed 750 mph yet, which means a viable Hyperloop is still only theoretical.

Second, the Boring Company will need to actually connect the cities via tunnel, which could prove difficult.

While Musk claims he has received "verbal approval" to connect Washington, D.C., to New York, and other projects are underway, connecting two cities will prove more difficult than boring the tunnels.

Not only will the capital costs be extensive, but the regulatory hurdles of passing through different towns, states, and private property could take years to sort out.

Third, the Boring Company will need to be profitable before going public.

Even if you're bullish on Musk's ability to make the Hyperloop a reality, a look at his other companies shows he wants them to be commercially viable before going public.

Musk has said his other private company - SpaceX - won't be going public until it completes a commercial trip to Mars. While Musk says that might be as soon as 2020, it's still an indication that he wants his projects to be making money before holding an IPO.

And while that might sound discouraging for would-be investors, there's still a way to profit from Musk's disruption...

Don't Wait for the Boring Company IPO to Start Profiting

Looking forward to the IPO of The Boring Company