Most Americans don't think they can afford a normal retirement. 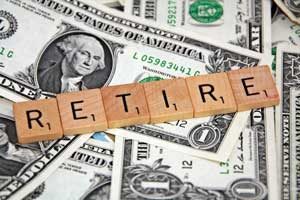 A staggering 54% of all U.S. workers plan on retiring after the age or 65 or not at all, according to the Transamerican Center for Retirement Studies (TCRS).

Fortunately, your dream retirement is closer than you think. Here's how to take control of your 401(k) to maximize your returns – plus, an "Ultimate Retirement Plan" we've put together that could turn a small stake into $162,000 a year…

Two-thirds of Americans don't contribute anything to a 401(k) or other retirement account available through their employer. Many feel they just can't spare the cash due to other financial concerns.

What many don't realize is that it's less expensive than it seems.

What makes a 401(k) so advantageous is the account's tax advantages – it lets employees contribute a percentage of their paycheck pre-tax. That means that, depending on your tax bracket, you could get back 10%, 12%, 22%, or even more in reduced taxes instantly.

For example, if you earn $50,000 and want to contribute 10% of your income, you'd have to put in about $192 every paycheck. But because you're not paying taxes on that money, you'll pay about $42 less in taxes.

Once enrolled, be sure to take a look at your company's matching policy.

According to data from the Investment Company Institute (ICI), about three-quarters of 401(k) plans covering 90% of Americans have some form of employer matching policy, and for many employers, the standard is a 50% match for up to 7% of your paycheck. It's like getting an automatic 3.5% raise.

The Ultimate "Money Machine": This simple strategy gives you the opportunity to collect money every 15 days on average… resulting in a yearly income of $162,000. Read more…

At minimum, employees should contribute enough to take advantage of the employer matching program. If you don't reach your employer's matching limit, you're walking away from free money.

Saving enough is just half the battle. Our final step could immediately boost your profits by 20%…