Dow futures are down 89 points this morning, as markets appear spooked about a report that China may halt U.S. Treasury purchases. This is exactly the type of news that sends gold prices higher. Here's why you should buy gold now, before it goes "digital" and packs on more gains. 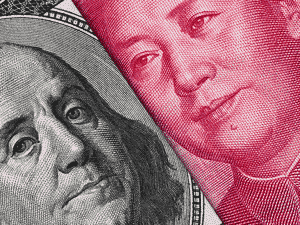 Hitch a Ride to the "Drone Revolution" With This Stock