Sun, the creator of TRON, teased last week that he would announce a partnership with a publicly traded company. 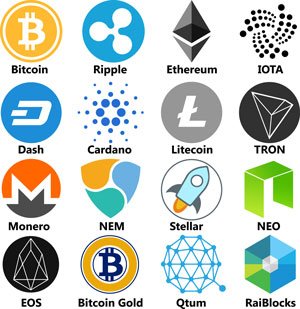 Because he is the protégé of Jack Ma, the founder of Alibaba Group Holding Ltd. (NYSE: BABA), many speculated the partnership was with BABA.

Adding fuel to the fire was the fact that Sun is using an office that is less than a five-minute walk from Alibaba's U.S. office.

However, Sun announced today that the partnership was with the Baofeng Group, which has been dubbed the "Netflix Inc. (Nasdaq: NFLX) of China."

This is a publicly traded company, and the news should help increase the awareness of TRON, but some traders are still disappointed.

Meanwhile, the price of the coin "Vibe" surged. Vibe prices rallied roughly 400% to hit a market capitalization of more than $400 million.

Vibe is a token tied to a platform called VibeHub, which is designed to act as a database that tracks the credits of live music in a similar way that IMDB does for movies. The company's recent initial coin offering (ICO) sold out in less than five minutes.

On Wednesday, the market capitalization of the global cryptocurrency sector hit $724.75 billion. Bitcoin comprised just 33.5% of the total crypto market.

Can Bitcoin Double This Year?

The money manager said Tuesday night that he believes Bitcoin prices could "easily double" or even triple this year.

"Even on a risk-adjusted basis, I think Bitcoin is going to easily outperform the S&P," Lee told CNBC.

"On a long-term basis, [the easiest way to look at Bitcoin is] as a replacement or a store of value. So as millennials discover and generate income, they're going to use it as a replacement for gold."

But the big story was Ethereum, which hit an all-time high Wednesday.

In the last 12 months, Ethereum has gained more than 13,000%, as traders grow increasingly optimistic about the proposition of blockchain technology and smart contracts.

ETH co-creator Steven Nerayoff said that the price of Ethereum could triple this year.

Nerayoff has said that Ethereum's ability to process transactions more cheaply and quickly makes it a stronger platform than those of its rivals.

Kodak is the latest company to jump on the cryptocurrency bandwagon, planning to launch its own crypto token, called "KodakCoin," through an ICO on Jan. 31, 2018.

Shares of Eastman Kodak Co. (NYSE: KDOK) surged more than 60% Wednesday after a triple-digit gain on the previous trading day.

The blockchain hype has fueled an incredible surge in the stocks of companies that simply reference digital ledger technology.

Here's more on KodakCoin and what it means.

Finally, Goldman Sachs Group (NYSE: GS) just released a very bullish report on the role of Bitcoin in the global economy. Goldman wrote that the demand for Bitcoin could accelerate thanks to demand for a store of value.

Currently, the U.S. dollar remains a very attractive store of value in troubled economies, like Argentina and Venezuela.

Two Goldman strategists suggest that Bitcoin provides a similar value to individuals worried about watching their wealth erode due to troubled local currencies.

"In those countries and corners of the financial system where the traditional services of money are inadequately supplied, Bitcoin (and cryptocurrencies more generally) may offer viable alternatives," the report said.

The Night Trader is unlike anyone we've ever met.

He only works five minutes a day…

And now, he's disclosing his coveted strategy for the first time ever. Pay close attention.

5859 Reads
Should I Sell My Stocks as the Coronavirus Hammers the Market?
The coronavirus has created a massive selloff in the markets, but is now the time to sell your stocks? Here's what you need to know now...