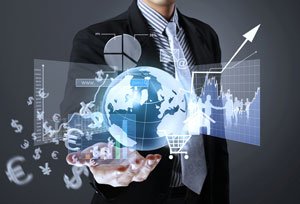 Rule No. 1: Great Companies Have Great Operations - Look for companies led by people with strong track records, that have made smart acquisitions, and maintain solid balance sheets.

Rule No. 2: Separate the Signal from the Noise - If the fundamentals aren't strong, all the hype in the world isn't going to keep a stock rising in the long term.

Rule No. 3: Ride the Unstoppable Trends - Even well-run companies need a wave to ride. Look for stocks in the hottest sectors, those that offer the best chance for massive gains.

Rule No. 5: Target Tech Stocks That Can Double Your Money - It's known as the "Rule of 72": Divide 72 by a stock's growth rate to see roughly how many years it will take to double your money.

In line with the previous four rules, Michael suggests using a company's earnings growth - that is, its fundamentals - rather than stock price growth, which can be driven by hype. Find the stocks that can consistently grow earnings by double-digit percentages, and you'll be doubling your money in a few short years.

You can see from the examples above that Michael is great about following this rule. All four of the stocks mentioned have doubled - and then some - in the last few years.