Speaking of Goldman… here's why gold prices are surging in 2018, with more gains coming… 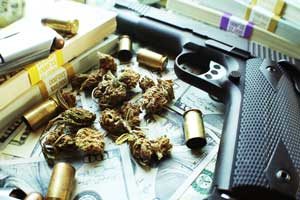