Ripple prices surged 48% today as the cryptocurrency market has recovered (for the time being) from a brutal sell-off this week.

Ripple's token, XRP, received a huge boost out of South Korea, which accounted for 67% of all XRP transactions. 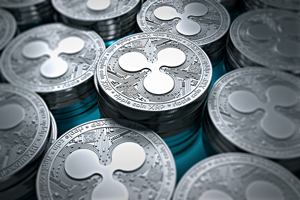 But investors still need to watch for cryptocurrency regulations...

Today, South Korea said it was still considering a ban on all domestic cryptocurrency exchanges.

However, no shutdown will occur if the chair of South Korea's Fair Trade Commission (FTC) has his way. The nation's regulator of economic competition spoke to Korean media and said the government does not have the authority to do so.

Instead, FTC Chair Kim Sang Joo called on the government to establish a fairer and more transparent ecosystem in the crypto space.

Meanwhile, China is set to introduce a ban on the centralized trading of cryptocurrencies, according to Reuters. The country also wants to place greater restrictions on miners.

Regulators across the globe continue to raise concerns about the use of Bitcoin and other cryptocurrencies in illicit activities like drug trafficking, money laundering, and tax evasion.

On Thursday, the market capitalization of the global cryptocurrency sector pushed back up to $595.66 billion. Bitcoin comprised 33.6% of the total crypto market.

Out of the top 100 cryptocurrencies by market capitalization, 96 rose by 11% or more in the last 24 hours.

The worst performers from the top 50 largest cryptocurrencies by market capitalization were very hard to find.

Today, SmartCash was the lone decliner out of the top 100 currencies. SmartCash fell -17.26% on the day.

Dentacoin, a cryptocurrency established for payments between patients and their dentists, rallied a staggering 59% Thursday and was the market's second-best performer.

The rally came after The Aura Family Dentistry in California became the eleventh clinic to implement Dentacoin.

"The impact Dentacoin can have on the dental field in its entirety is truly endless," said practice leader Dr. Wesam Alani.

Today's rally pushed Dentacoin to a market capitalization of $865 million.

According to The Korea Times, South Korea's Financial Supervisory Service (FSS) has begun an investigation into insider trading of cryptocurrencies within the organization.

The report said one of the staff members sold a number of assets before FSS made an announcement on plans to regulate the market.

"We've acknowledged allegations that an FSS official sold crypto-assets based on insider information before the government's updated announcement to regulate the market. We are looking into this case," said Choi Heung Sik, governor of the FSS.

The news is disturbing given the fact that regulators can cause significant volatility in the markets simply by discussing regulatory efforts.

This type of story undermines the transparency and decentralized nature of the market.