The fourteenth-largest global exchange represents about 80% of all Bitcoin trading in Japan. Though it currently only allows the trading of Bitcoin, Ethereum, and Bitcoin Cash, Financial Times recently noted that it could expand into other cryptocurrencies, like Litecoin, in the near future. 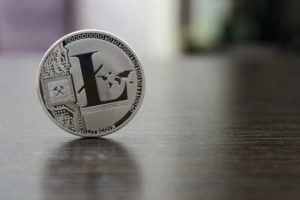 The exchange will also only offer trading tied to the euro.

In an interview with Bloomberg in Davos, Stiglitz called on governments to regulate Bitcoin out of existence after stating that he has yet to find a use for cryptocurrencies.

Stiglitz argued that Bitcoin's core use has been to "circumvent tax authorities and regulation."

The economist suggested that Bitcoin's rise is also contributing to greater economic inequality around the globe.

"We have a good medium of exchange called the dollar. We can trade in that. Why do people want Bitcoin? For secrecy," he said.

Below is a recap of the top cryptocurrency prices at 3:15 p.m. EST.

On Wednesday, the market capitalization of the global cryptocurrency sector jumped to $550.6 billion. Bitcoin comprised 34.6% of the total crypto market.

The price of Bitcoin hit $11,314.10 on Wednesday, pushing its market capitalization just below $190 billion. The price ticked higher despite recent statements by Goldman Sachs Group (NYSE: GS) that Bitcoin is sitting in a larger bubble than Dutch "Tulip Mania."

The investment bank warned its clients about publicly traded companies that are "pivoting" to blockchain technology.

Despite the bearish tone, CEO Lloyd Blankfein still has to deny rumors that his firm was considering a plan to launch a Bitcoin trading desk.

"What we said was we were opening – we're clearing futures in bitcoins for some of our futures clients. We'd clear them," he said, according to a transcript of a CNBC interview.

Still, the bulls remain out in force.

The firm blamed slow transaction times and higher transaction fees. This ends a four-year relationship between Bitcoin and Stripe, which was the first major payment processor to accept Bitcoin back in 2014.

So will Stellar replace Bitcoin?

Speculators believe so, and they've pegged their hopes on it.

The price of Stellar climbed 14% after Stripe teased the possibility that it will add support for XLM soon.

"We may add support for Stellar if substantive use continues to grow," Stripe's Tom Karlo said.