DigixDAO prices surged 24%, although there isn't a concrete reason as to why prices shot up so quickly today (Jan. 26, 2018).

It appears to be in part thanks to a meetup held in Singapore yesterday and hosted by TenX, a wallet that makes virtual currencies spendable anytime and anywhere.

In a Twitter Inc. (NYSE: TWTR) video, a representative of Digix led the opening of the meeting. 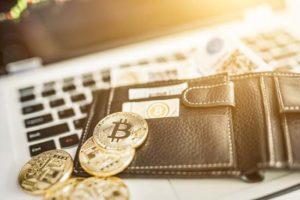 Each DGX token represents one gram of 99.99% LMBA standard gold. The DGD token, which is the token that surged 24% today, fluctuates in value based on exchange rates and market forces, according to Digix.global.

In Litecoin news, prices dropped over 3% Friday after UK Prime Minister Theresa May said a crackdown on the cryptocurrency sector may be imminent.

"In areas like cryptocurrencies, like Bitcoin, we should be looking at these very seriously," May said in an interview with Bloomberg.

May also said that regulation was necessary "because of the way they are used, particularly by criminals."

Bitcoin was also down on the day, and critics poured in to take shots at the crypto coin.

Yale economist Robert Schiller and Bank of Canada Governor Stephen Poloz both questioned the value of Bitcoin and other cryptocurrencies.

"There is no intrinsic value for something like Bitcoin so it's not really an asset one can analyze. It's just essentially speculative or gambling," Poloz said.

But one Bitcoin supporter made his voice heard today…

Below is a recap of the top cryptocurrency prices at 1:00 p.m. EST.

According to reports, it appears that the exchange was hacked after a payment of $123 million in Ripple left its platform.

Not only did it send the price of Ripple plunging, but it created a system-wide freeze on withdrawals.

The price of Litecoin is still off roughly 50% from its all-time high.

However, many analysts project that it could receive a big boost in the future thanks to a major development in India.

On Thursday, India's largest cryptocurrency exchange, Zebpay, added Litecoin to its platform for the first time ever.

Analysts are bullish, because this could help increase widespread Litecoin use among India's 1.32 billion population.

Litecoin is the third cryptocurrency to be added to the platform after Bitcoin and Bitcoin Cash.

The cryptocurrency sector is getting a lot of negative attention over in Switzerland, particularly on matters tied to money laundering, drug trafficking, and other illegalities.

One of the primary drivers of this narrative has been a major study out of Sydney, Australia, called, "Sex, Drugs, and Bitcoin: How Much Illegal Activity Is Financed Through Cryptocurrencies?"

Released last week, the 58-page report suggests that about 44% of global cryptocurrency transactions are tied to illegal activities.

The report also suggests that 25% of Bitcoin users have ties to illegal activities like money laundering, drug trafficking, and hacking.