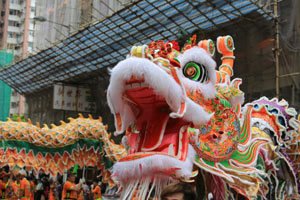 Or on any of the Red Dragon's imported goods, for that matter.

Today's warning, delivered by the American Chamber of Commerce in China, comes just hours before the president will issue his first State of the Union address tonight. He is expected to address China's "unfair trade practices" in his speech, reported The New York Times today.

Here's how a U.S.-China trade war could hurt your wallet….

Kent has followed U.S.-China trade relations for 35 years, and shortly after Trump announced the tariffs, he told his readers that "the Fortress America approach is not a solution. It merely assures additional problems. Among other matters, we now await a response from Beijing that will almost assuredly limit American access to the much larger Chinese market."

That response came this morning…

Editor's Note: Get expert insight on the U.S.-China trade war sent straight to your inbox in real-time, completely free, here.

Officials in Beijing told American business representatives there that the Red Dragon is prepared to push back at the United States, according to William Zarit, the chair of the American Chamber of Commerce in China, in NYT today.

"I have been told by certain officials that yes, definitely, there will be retaliation," Zarit added at a briefing in Beijing.

The Red Dragon's executives and diplomats, however, were not specific about how their country would strike back.

China Could Target These 2 American Sectors

Who needs China. USA can go at it alone, and create every thing in the USA.

Yes, that is correct, but ……… below and often way below international standards.

You are 100% correct!!!- That is exactly what Trump is attempting to do.!!-It is called Autarky. Bring it All home to the USA.!!!- With a 20 trillion dollar economy- We do not need anyone!!

At heart, the Chinese are an agrarian economy. They have failed at city development. They have failed at most other accepted western business concepts. They have yet to pay sufficient funds into their defense industries to build serious defense capabilities.
They actually are in a position where the west could best take them out.
Think about that.

hope they have more than that failed missile interceptor just tested,even North Korea are laughing at it.

East, West, does't matter!
Come on guys pull it togather, and get on with
busniess, "aren't we all one family here,"1 we live in the same world, 2 we share the same things," and we'll have the best provider ever. God!