The price of Litecoin was down Wednesday due to the broader sell-off in the global cryptocurrency markets.

But one of the big stories about Litecoin today is about the surge of fake Charlie Lee Twitter accounts. 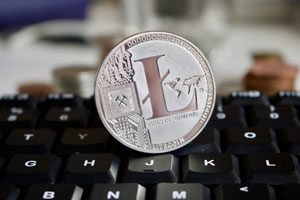 Over the last week, several imposter Twitter Inc. (NYSE: TWTR) users posing as Lee have promised to donate cryptocurrency. The big warning sign is that the fake accounts ask to first receive Litecoin from other users before sending some in return.

South Korean exchanges like Korbit and Bithumb are now forcing users to undergo a rigorous verification process, and non-Korean nationals can no longer make deposits into the domestic exchanges.

The new rules are designed to prevent money laundering and other illicit activities.

Now, some have feared that tougher regulations would mean South Korea would eventually ban all Bitcoin and cryptocurrency trading.

However, that doesn't appear to be the case...

The nation's Finance Minister, Kim Dong-Yeon, said that his agency had no intention of suppressing the market, according to Reuters.

Instead, he noted that "regulating exchange is [the country's] immediate task."

Below is a recap of the top cryptocurrency prices at 12:30 p.m. EST.

On Wednesday, the market capitalization of the global cryptocurrency sector hit $511.87 billion.

­Bitcoin represented 33.5% of the total cryptocurrency market, with a market capitalization of $171.66 billion.

January 2018 Was a Bad Month for Bitcoin Prices

The price of Bitcoin fell under $10,000 over the last 24 hours, as continued weakness weighs on investor sentiment.

Bitcoin has slumped in value in four of the last five Januarys. The roughly 28% decline we've seen this month nearly matches the 30.9% drop in January 2015.

Where will Bitcoin prices go in the future?

Over the last month, the Bitcoin bears have piled on to provide apocalyptic projections for crypto investors.

Most notable was Warren Buffett, who told Americans three weeks ago that he expects the crypto craze to "come to a bad ending."

But in positive news for Bitcoin holders, Square Inc. (NYSE: SQ) announced today nearly all of its users can buy and sell Bitcoin. This should help increase more awareness about Bitcoin and the cryptocurrency market.

The U.S. Securities and Exchange Commission announced it has received a court order to shut down the initial coin offering (ICO) of AriseBank.

The $600 million raise (with a $1 billion goal) is considered the largest ICO in history. The company claims to be a "decentralized bank," but the SEC has said the ICO is illegal due to a lack of a registration filed with the federal agency.

The company also did not receive an applicable exemption from registration. The SEC alleges that the company "falsely stated that it purchased [a Federal Deposit Insurance Corporation]-insured bank which enabled it to offer customers FDIC-insured accounts."

The SEC wants to bar the organization's co-founders from ever serving as directors or officers of a public company.

The "Petro" Launches Next Month

Speaking of cryptocurrency scams, look no further than the launch of a crypto launched by the nation of Venezuela next month.

According to a white paper released this week, the coin will be backed by Venezuela's commodity reserves, including oil and diamonds. The cryptocurrency is designed to help the country circumvent sanctions placed on the government.

The nation's opposition-led Congress has called the cryptocurrency illegal since it would be borrowing against the nation's oil reserves.

Venezuela's economy has collapsed under the leadership of Socialist dictators over the last two decades.