In the Tunguska region of Siberia in 1908, a mysterious beam of light shot down from the sky, destroying plots of land. 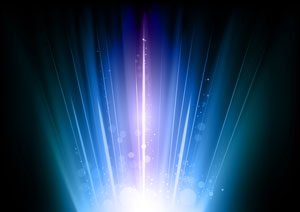 Unfortunately for Tesla, he was never successful at harnessing wireless electricity.

However, his dream lives on today...

One tiny Silicon Valley company just received FCC approval on a device that could radically change the way you live.

The market for what we're calling "Tunguska Explosion Tech" could hit $37.2 billion in just the next few years alone, according to Allied Market Research.

And once this new technology gets incorporated into hotels, restaurants, airports, coffee shops, and even entire cities... it could be a trillion-dollar business.

The top minds in China already plan to introduce this technology into Shenzhen, a huge metropolis of 11 million people.

This device is the only one of its kind approved for sale by the FCC, and the company that invented it could see astronomical growth in a very short period of time.

Here's more on how "Tunguska Explosion Tech" is turning Tesla's dream technology into a reality...