The Dow Jones today dove as investor uncertainty rises and Alan Greenspan – former U.S. Federal Reserve chair during the 2001 dot-com bubble – says stock and bond markets are in a bubble.

Dow futures are down 190 points this morning as tech stocks weigh on markets. The index and the S&P 500 are coming off their best month since March 2016 thanks to extreme optimism over the U.S. economy and recent tax reform.

Click here to find out the five most expensive stocks in the S&P 500, and two to own… 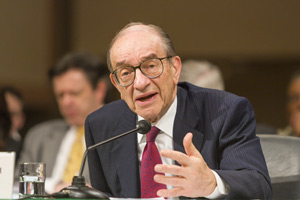 Well that's what the government is good for say something about the stock market so it will go up or down.