The Chinese government announced it's considering rules that would ban its citizens from using foreign cryptocurrency exchanges. Cutting off a significant number of traders could lead to a large exodus of capital from the market. 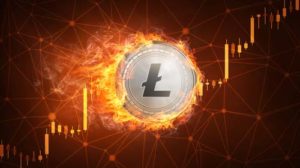 The People's Bank of China said that "to prevent financial risks, China will step up measures to remove any onshore or offshore platforms related to virtual currency trading or ICOs."

Only one cryptocurrency in the top 100 by market capitalization saw gains on the day. XPlay gained 38.49%.

Crypto investors were also digesting news that several UK and U.S. banks have moved to ban the purchase of cryptocurrencies with credit cards.

Lloyds Banking Group in London banned UK customers from buying Bitcoin on Sunday. The ban will extend to the firm's 89 million credit card customers, and the ban will affect customers in North America who have accounts with Halifax, MBNA, Bank of Scotland, and other subsidiaries.

This means that the top five credit card issuers have now halted the practice.

On top of China concerns, ongoing worries about Tether, and credit card bans, we learned that India is moving to ban virtual currencies in the near future.

The country's finance ministry said the country is attempting to stop cryptocurrencies like Bitcoin from entering the mainstream. The government will not recognize Bitcoin or other currencies as legal tender.

CoinDesk.com reported that Texas authorities have issued another cease-and-desist letter to another cryptocurrency firm.

The Texas State Securities Board (TSSB) has alleged that DavorCoin has been misleading and defrauding its investors by issuing unregistered securities.